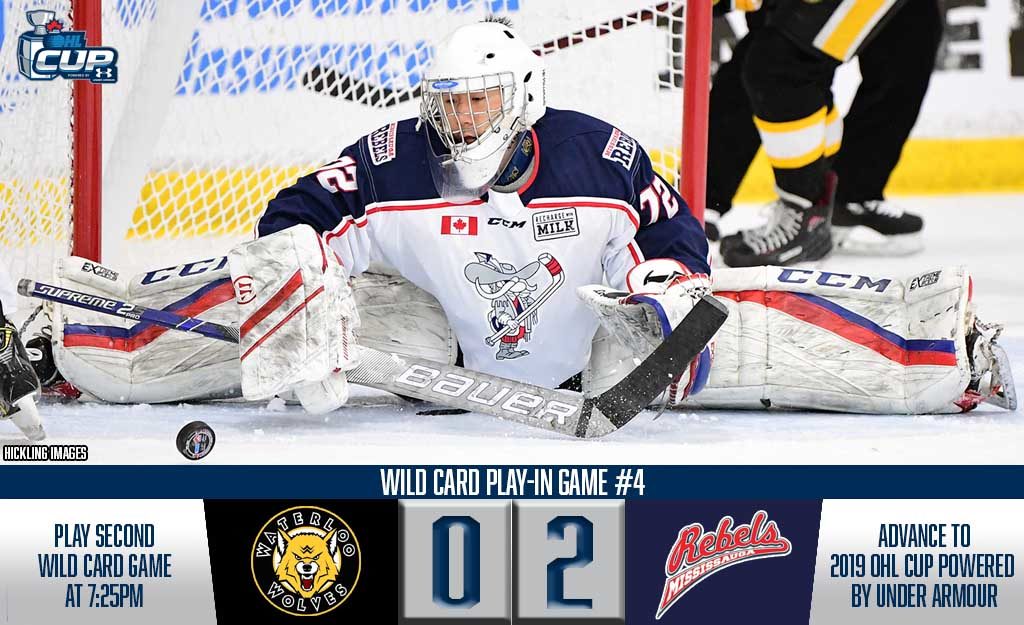 Christian Catalano (1) broke up a scoreless tie 6:52 into the third period with assists from Oliver Smith and Brady Cerkownyk before Pasquale Zito hit the empty net, sealing the deal for the Rebels.

“I guess goalies are stepping up their game today,” said Wu with a smile following his shutout. “The games have all been pretty low-scoring. I don’t think teams want to make too many mistakes at this point in the year.”

Catalano’s goal gave the Rebels all they’d ultimately need to return to the OHL Cup Powered by Under Armour for a fourth straight year.

“He’s scored some big goals for us this season, so it was fitting to see him get that one,” Wu added.

Waterloo’s Marshall Nicholls earned Player of the Game for his team, surrendering just one goal as the Wolves will now need to win twice to gain entry into the tournament.

The Rebels will join the Lindros Division and compete alongside the Kitchener Jr. Rangers, Team NOHA, the Toronto Red Wings and Whitby Wildcats.