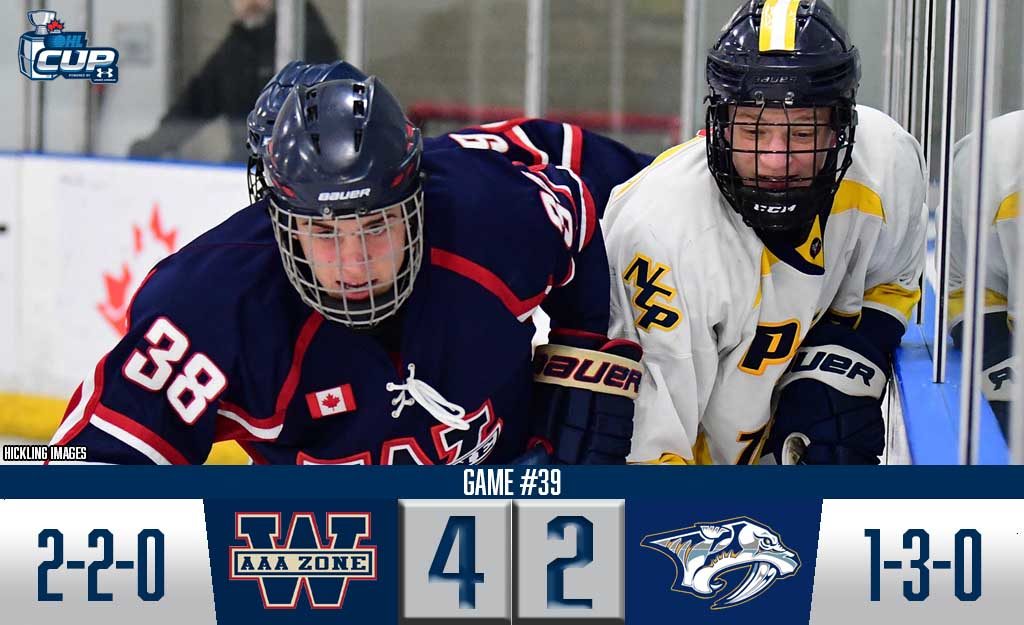 The Windsor Jr. Spitfires will go home as winners, defeating the North Central Predators 4-2 in their final game of the 2019 OHL Cup Powered by Under Armour.

Cayden Faust (2) led the way with a goal and two assists while Ethan Handley stopped 24 of the 26 shots he faced, helping Windsor round out their schedule with a 2-2 record.

“It’s nice to win our last one together,” said Faust. “We’ve worked so hard all year, made some big improvements and I think we got further than a lot of people thought we could.”

The ALLIANCE’s third place Spitfires also had goals from Alexander Cunningham (3), Jake Eaton (2) and Kale Couvillon (1), going 2-for-4 on the power play.

Nicholas Dowling (1) and Jacob Ventralla (1) scored North Central markers as the Predators outshot Windsor 26-17. They wrap up the showcase with a 1-3 record and were led in scoring by defenceman Connor Punnett (1-2–3).

The 2-2 Jr. Spitfires were led on the scoresheet by Faust (2-2–4) while Alexander Cunningham led the club with three goals.