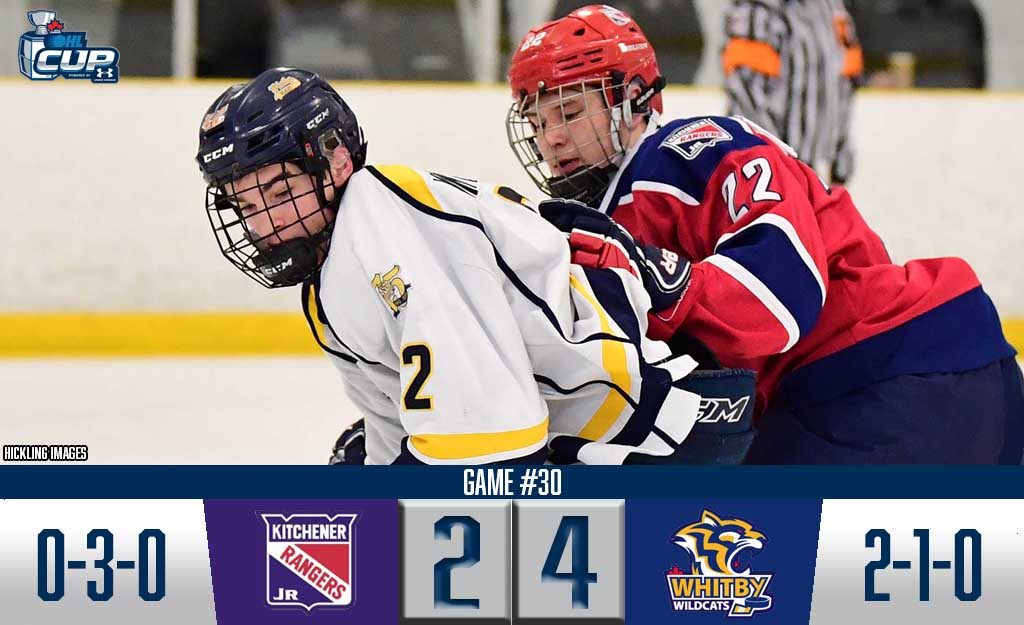 It was a bumpy start to Friday morning for the Whitby Wildcats but the OMHA champions pulled out of a 2-0 hole to score four unanswered in a win over the Kitchener Jr. Rangers.

The Wildcats didn’t panic when Kitchener’s Preston Smith (1, 2) put his team up 2-0 after one period.

“I think we believed in our ability to come back the entire time,” said recently named OMHA ETA Player of the Year Brendan Sirizzotti. “My line with Ryan Winterton and Tommy Johnston got things moving back in the right direction and I think we responded well after that.”

Sirizzoti (2, 3) started the comeback 1:51 into the second period and later tacked on an empty netter. Douglas Carr (1) tied things up with 4:51 left in the game before Nicholas Carvalho (1) netted the game winner 3:55 into the third.

“We didn’t want to let it get away from us,” Sirizzotti added. “I think we’ve put ourselves in pretty good shape now with another big game coming up this afternoon.”

Justin DiLauro was perfect in a relief appearance for the Wildcats, earning the win to help them improve to 2-1 entering a 1:45pm clash with the Mississauga Rebels that could well decide which team advances to Saturday’s quarter-final.

Kitchener falls to 0-3. They’ll conclude their showcase schedule against the Toronto Red Wings at 1:15pm.