Wildcats battle back to tie NOHA 3-3 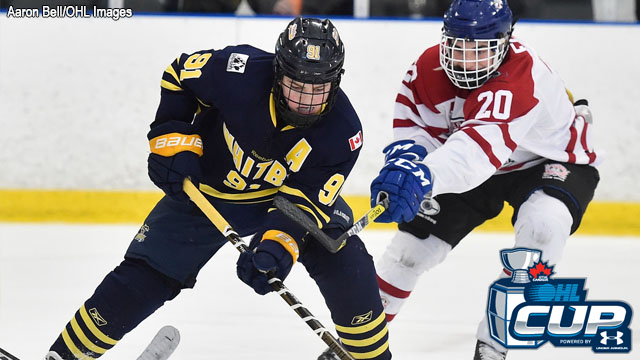 It wasn’t the start the Whitby Wildcats had hoped for, but a third period push yielded a pair of goals as they clawed back to earn a 3-3 tie against Team NOHA on Thursday morning.

The Wildcats, who saw a point get away following a late collapse in their OHL Cup opener against Vaughan, earned that point back with a determined third period effort that saw them outshoot the northern all-stars 12-3.

Whitby trailed 3-1 early in the third before goals from Sebastian Geraci and Mason Dreger drew them even at three.

“We didn’t bring our best in the first or second periods,” said Whitby forward Blake Murray who earned an assist in the game. “I think we’ve seen periods where we have played really well and others where we have lost focus. We’re still trying to put together a complete effort and we have to get that figured out together. We aren’t going to win games if we play well in just one or two periods.”

Overtime solved nothing as Whitby’s record moved to 1-0-2 while Team NOHA earned their third consecutive tie after stalemates with both Waterloo and Vaughan.

Brock Haley also had a goal for Whitby while Joel Mazur (2) and Camaryn Baber provided goals for Team NOHA.

A tight Lindros Division features Whitby, Vaughan and Team NOHA all within one point of each other while the Toronto Titans have played just one game thus far.

PLAYER OF THE GAME:
Wildcats: Jacob DiDanieli (1A)
NOHA: Payton Vescio (2A)