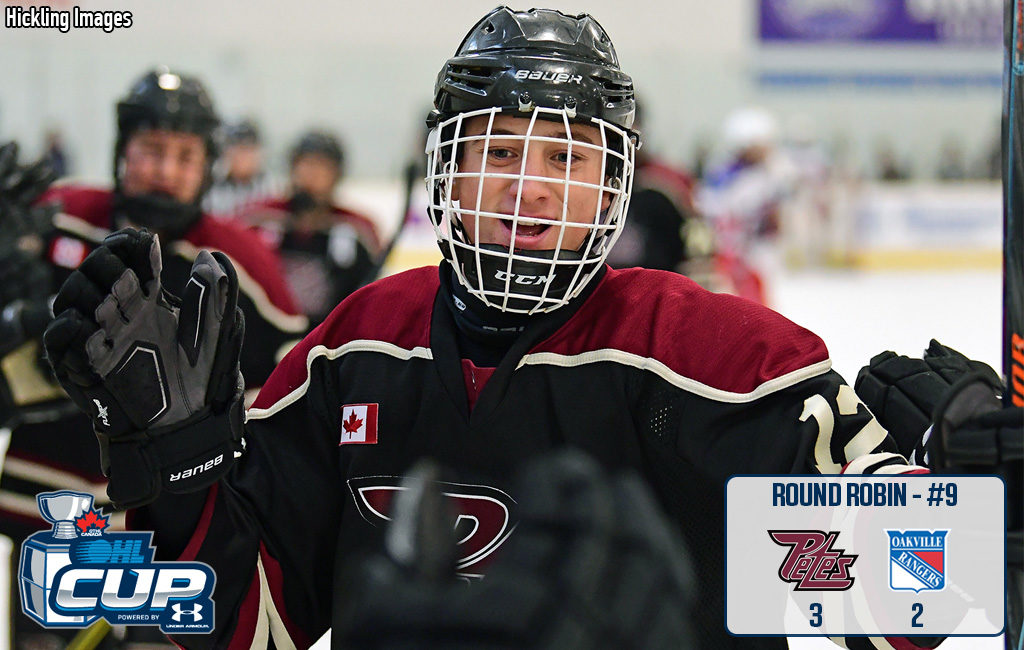 In what some onlookers have deemed an early upset at the 2018 OHL Cup Powered by Under Armour, the Wild Card entry Peterborough Petes snuck past the OMHA Bronze Medalist Oakville Rangers as Will Everson (1) scored the third period game winner in a 3-2 decision.

“Huge win for us there,” said Everson with a smile after the buzzer. “We came and played a solid game yesterday and had another one this morning.

“When we play well and work hard we’re a tough team to play against and that’s always the goal. It’s nice to be able to pitch in with some points.”

The Rangers weren’t going to let this one get away easily though as blueliner Zack Terry (1, 2) scored a pair of second period goals, the first on the power play at 1:08 before he added another with 1:43 remaining.

All tied at two, the Petes picked up the pace in the final 15 minutes, outshooting Oakville 12-7 as Everson scored the difference-maker on the power play at 8:54 with an assist from Tyler Deline.

After pitching a 22-save shutout on Tuesday, Peterborough goaltender Will Cranley earned Player of the Game honours with 25 saves in the round robin-opening victory while Marco Latassa turned aside 20 shots for the Rangers.

Will Everson scores the game-winning goal for Peterborough.