Whitby Silver Stick Tournament brings back memories across the OHL 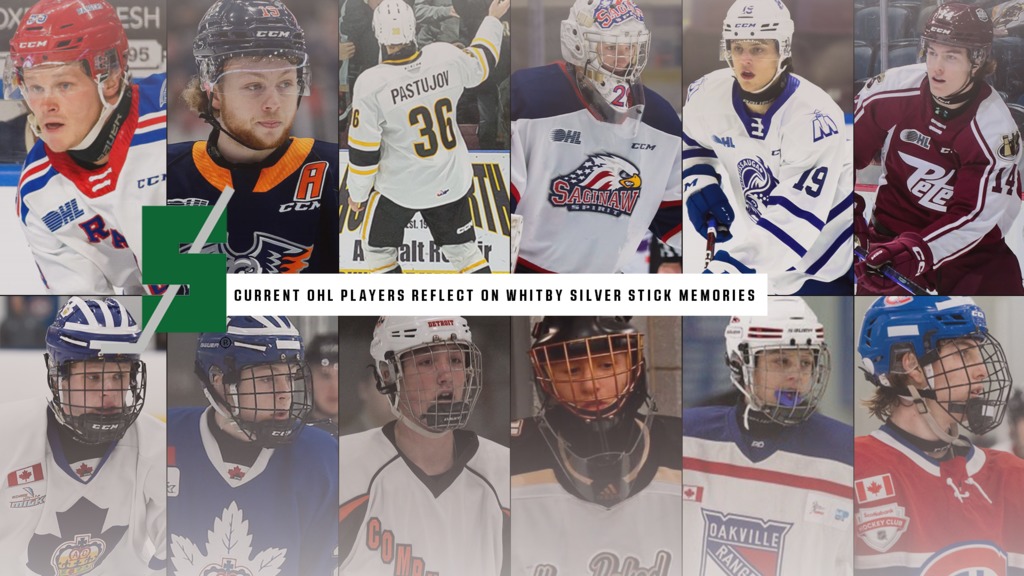 One of the world’s largest minor hockey tournaments makes its return to the scene later this week as the Gloria Rints Memorial Silver Stick Tournament in Whitby, Ont. will host 30 of the top U16 AAA teams across the land as they compete for one of minor hockey’s greatest achievements.

Many of the OHL’s current players have come through the prestigious tournament. We take a look back at some recent champions and their experiences at what’s become a mid-season fixture on the minor hockey schedule. OHL scouts will be out in force, taking in the next generation of talent eligible for the 2023 OHL Priority Selection. 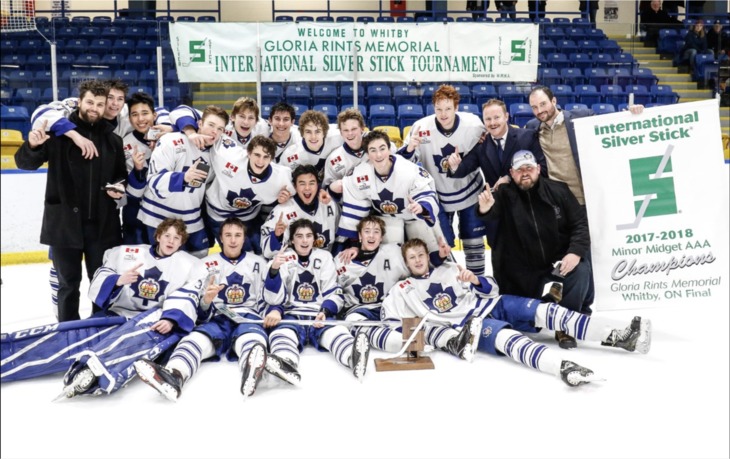 In an age group that was extremely competitive from top to bottom featuring numerous teams that had the talent to win on any given weekend, it was the Toronto Marlboros that prevailed over the SCTA powerhouse Oakville Rangers.

Another integral part of that Silver Stick Championship team were current OHL overagers Reid Valade of the Kitchener Rangers and Riley Piercey of the Flint Firebirds. Now five years wiser, both look back fondly on those times.

“I remember it like it was yesterday, it’s certainly not an easy tournament to win.” Piercey said, as the Firebirds forward reminisced about his days as a Marlie. “We had such a good group of guys with that team, with so many tight friendships that just made winning that much easier.”

“Silver Stick was always a big one, you’re kind of excited for it the entire time leading up to it, and we were lucky enough to win it and beat our best rivals in Oakville,” Valade explained, as the Marlies clawed their way back from down 3-0 to the Rangers, winning the game in overtime.

“To win it in that fashion, was extra special.” 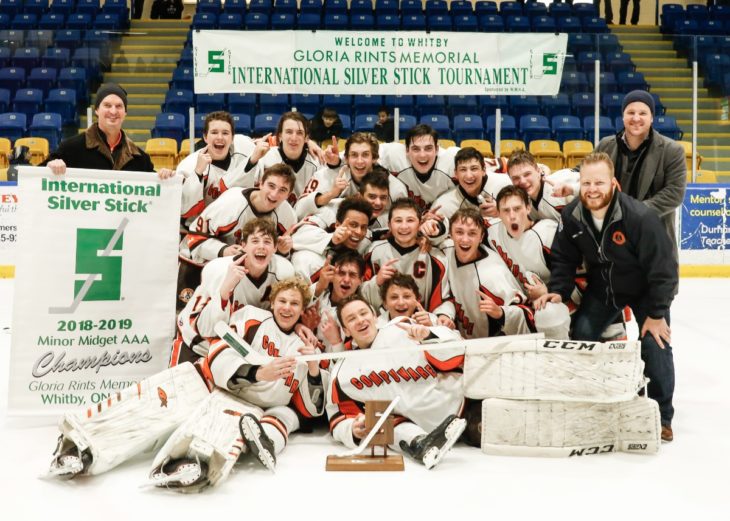 The 2019 Flyers finished their U16 campaign with a 71-1-6 record, winning every tournament except for one, the Whitby Silver Stick. The Detroit Compuware 03’s handed DMF its only loss of the campaign in the championship game, winning the big dance by a score of 5-4 in overtime.

On that Championship Sunday, Compuware went on a run for the ages, knocking off the Toronto Marlboros in the semi-finals, a team that yielded future OHL stars in Wyatt Johnston (Windsor Spitfires), Danny Zhilkin (Guelph Storm), and Logan Mailloux (London Knights). They’d best Don Mills to finish the job and reign supreme.

“I just remember the place being completely packed; it was such an intense game to play in,” said Pastujov. “For a youth hockey game, it felt like the Stanley Cup Final. Still to this day it’s probably one of my favourite hockey memories of all-time.”

Being the American team in a tournament full of Canadians in Canada, it was evident which side the crowd was pulling for that day, and that became crystal clear when the boos came flying down to ice-level the moment one of Don Mills’ goals was called back late in the game.

“The crowd really wanted them to win,” as Pastujov jokingly explained. “Never had I heard a crowd wanting another team to win that bad. Once they tied it up late, the place erupted, and we were like ‘oh man, here we go.’”

Despite the crowd against them, Compuware would be the ones that would pull away in overtime, becoming the only team to beat Don Mills that season, the sole blemish on their historic campaign.

“As Americans coming into the tournament, we just came into that weekend wanting to prove to ourselves that we could hang with the Canadian powerhouses too. We knew how special and prestigious this tournament was and we just wanted to go all out and capture it.” 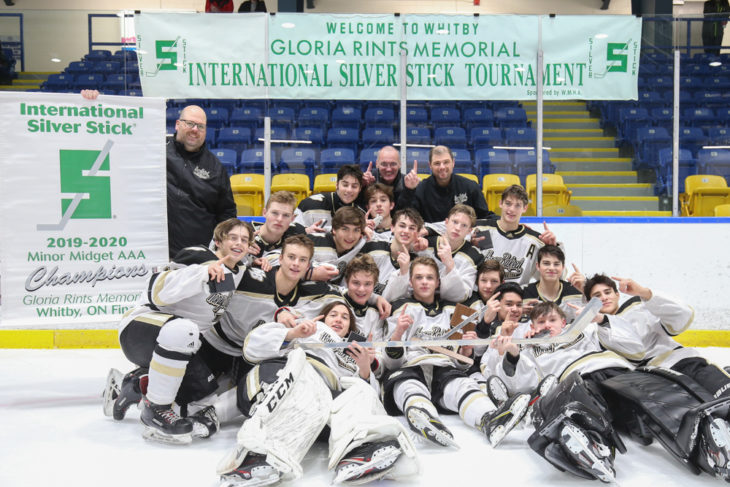 The American teams stole the show at the 2020 Whitby Silver Stick. The Detroit Honeybaked 04’s were the last team standing as they steamrolled their way through the competition, outscoring their opponents by a total of 24-3 during round robin play.

In the championship game, Honeybaked convincingly defeated Detroit Compuware by a score of 7-0 in an all-Michigan matchup.

Current Saginaw Spirit goaltender Andrew Oke, who spent most of that weekend between the pipes, ranks the Silver Stick tournament as one of his favourite hockey events, especially that specific weekend during his U16 season.

“I won MVP in my two other Silver Stick years so it’s always special for me,” said Oke. “The atmosphere of Silver Stick and me winning it before, makes it an awesome weekend.”

“That group of people is something I’ll cherish for the rest of my hockey years,” Oke reflected. “It was a brotherhood there and everyone got dragged into the fight, accomplishing lots on that team gave us motivation to want more and win together as a group.” 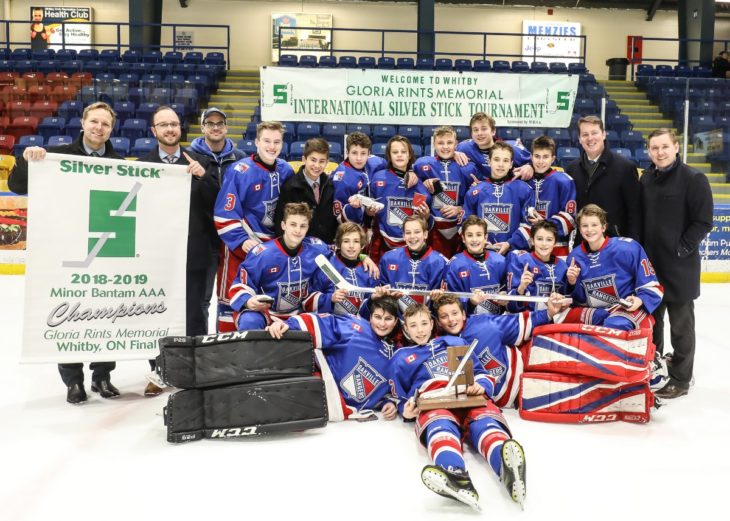 The Oakville Rangers U14 squad, a team that has produced five OHL players, came out on top and made the most of their opportunity. That team included Calum Ritchie (Oshawa Generals), Nick Lardis (Peterborough Petes), Bronson Ride (Windsor Spitfires), Luke Misa (Mississauga Steelheads) and Mason Zebeski (Mississauga Steelheads).

“The best tournaments are always the ones with the top teams from all over the province and from the states,” said Zebeski, an Oakville native. “Weekends like those are what I miss the most, every win gets all the boys amped up for the next and getting to the finals is crazy.”

Zebeski, who spent his entire minor hockey career with the Rangers organization, will always cherish the memories of winning with his childhood teammates, with their Silver Championship as one of his all-time favourites. 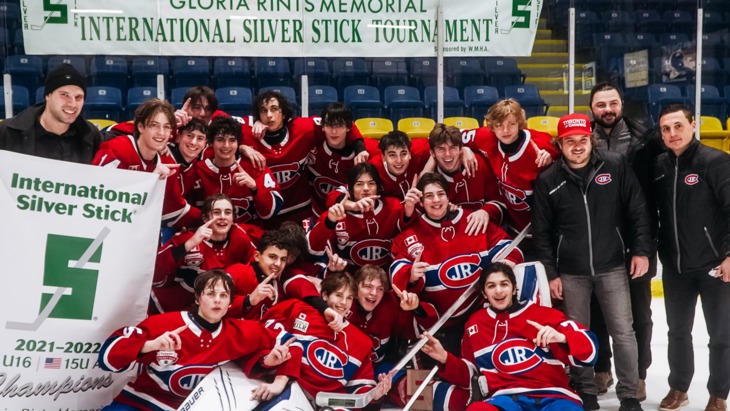 Following a year-long hiatus of minor hockey in Ontario, the Gloria Rints Memorial made its return to Whitby, and didn’t disappoint. The 2006 age group put on quite the performance, featuring incredible matchups leading up to the championship game between the Toronto Jr. Canadiens and Mississauga Senators.

For Peterborough Petes forward Jack Van Volsen, the weekend meant a little more, having being born and raised in the Whitby/Brooklin area.

“I think obviously being a hometown kid and coming back to play in the arena that I grew up playing in was something that made it a little bit more special especially for my family and I,” said the Jr. Canadiens alumnus.

Van Volsen would play a crucial role in JRC’s championship victory against the Sens, scoring the game-tying goal in the third period before Sarnia Sting forward Porter Martone would later tally the game-winning goal to secure JRC’s second tournament victory of the season.

With an impressive showing in his hometown, on top of a Silver Stick championship, Van Volsen would also take home MVP honours as well.

“Being in that environment with your teammates is a really cool feeling and for us to win it is something I’ll never forget.”

The 2022 Whitby Silver Stick begins this Thursday with the first U16 game scheduled for 3:15. All games are being played at the Iroquois Park Sports Centre, and admission is free. For more on the 2022 Gloria Rints Memorial Silver Stick Tournament, visit silverstick.org.