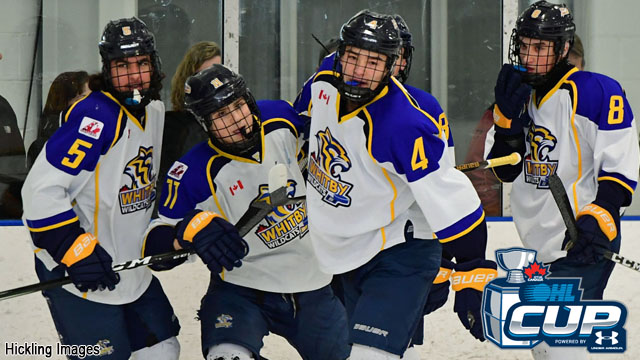 Underage standout Cole Perfetti had a goal and two assists while Luke Pearson was flawless in goal as the Whitby Wildcats silenced the Waterloo Wolves 4-0 on Wednesday afternoon.

The well-established line of Perfetti alongside Brett Benham and Jacob Sirizzotti was a factor in the win as Sirizzotti found the back of the net and other goals came from Jacob DiDanieli and blueliner Colton Kammerer.

“We’ve played on the same line together for seven years, so we usually know where each other is going,” said Perfetti of the trio. “The fact that we have a few different lines that can score is something that has led to a lot of success for us.”

The Wildcats and Wolves hadn’t faced each other yet this season, but it took Whitby just 3:21 to get on the board and they never looked back, putting a collapse against the Vaughan Kings on Tuesday in their rearview mirror.

“We want to put that out of our minds,” said Perfetti of the 3-3 tie that saw a three-goal lead evaporate in the game’s final five minutes. “We had a lapse and let two periods of really good hockey get away. We’re back on track now.”