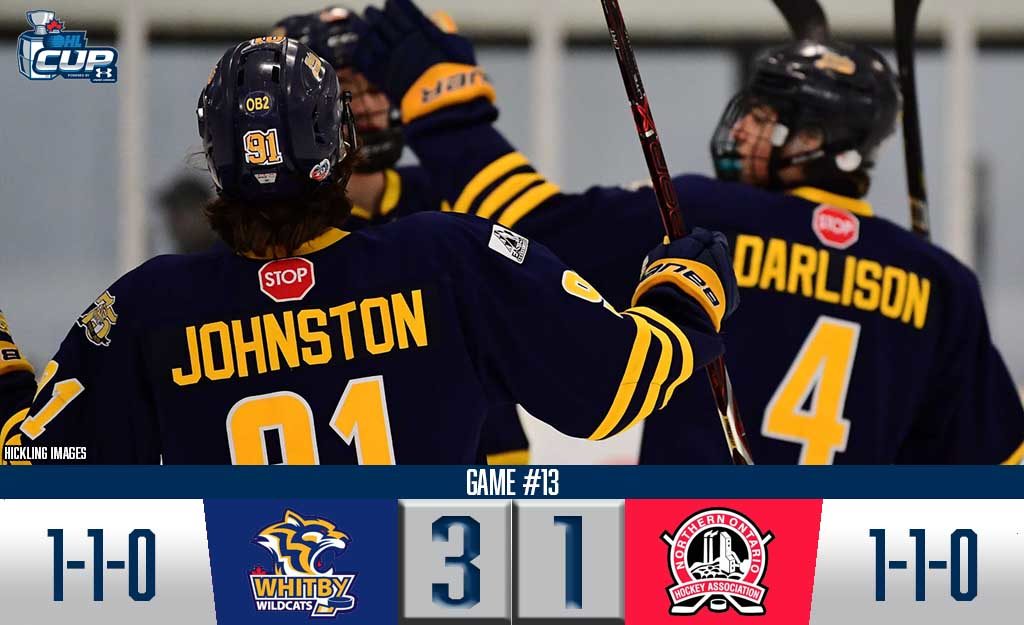 Ryan Winterton (1, 2) had two goals and an assist as the OMHA champion Whitby Wildcats bounced back from a Tuesday night loss, defeating Team NOHA by a score of 3-1.

OMHA ETA scoring leader Brenden Sirizzotti (1) scored the game winner on the power play with 6:25 remaining as the Wildcats are back in business at the 2019 OHL Cup Powered by Under Armour.

“We knew we needed that one,” said Winterton, whose older brother Jacob plays for the OHL’s Flint Firebirds. “I liked our game better than the way we played last night. Our power play came through for us and our goalie made some big saves too.”

“Going down 0-2 was something

Chase Stillman (1) provided his club’s lone goal in the loss as both Whitby and the NOHA sit with 1-1 records following Wednesday’s action. NOHA forward Max McCue accounted for 10 of his team’s 19 shots on goal.

Team NOHA hits the ice against the 2-0 Toronto Red Wings on Thursday at 10:45am while Whitby is out of action until Friday when they face the Kitchener Jr. Rangers at 8:30am.