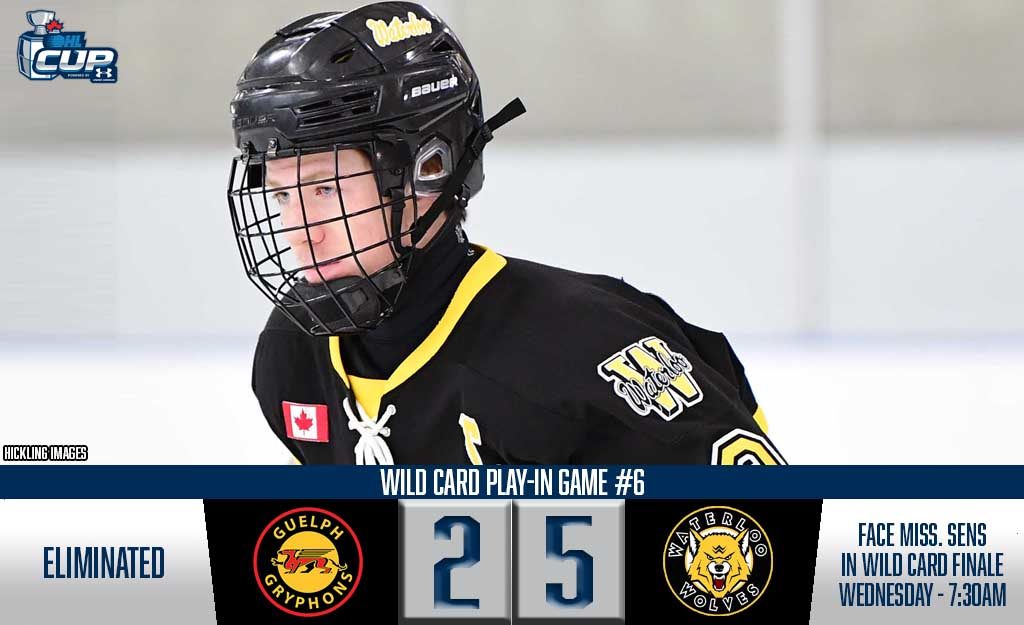 The Wolves climbed out to a 4-0 lead as Kyle Maloney and Jaxson Murray joined Way on the scoresheet while Owen Parsons picked up a pair of assists.

The Gryphons came alive to start the third period as Ethan Broderick and Dylan Richardson cut the Waterloo lead in half.

Way completed his hat-trick with 1:06 remaining in regulation, securing the victory as the Wolves will live to play another day.

Marshall Nichols picked up the win in goal for the Wolves as they prepare to face the Mississauga Senators for the 20th and final spot at the 2019 OHL Cup Powered by Under Armour on Wednesday morning at 7:30am.