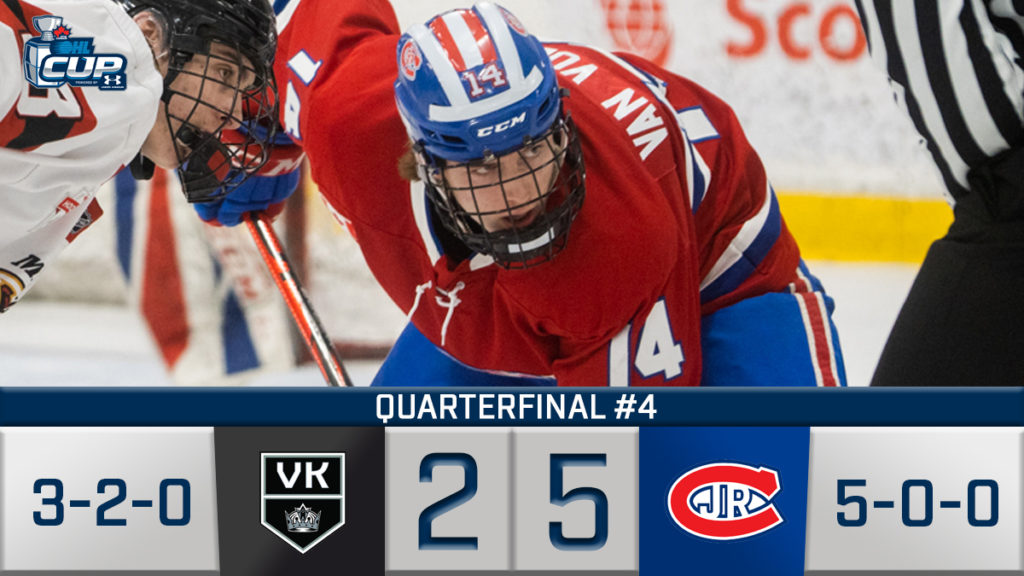 The Toronto Jr. Canadiens posted their fifth consecutive win to advance to the Semi-Finals of the OHL Cup powered by Under Armour, defeating the wild card entry Vaughan Kings 5-2.

Michael Hage (5), Porter Martone (1), and Andoni Fimis (3) each netted a goal while Jack Van Volsen (3, 4) scored twice to lead the Jr. Canadiens to victory. Henry Mews also returned to the lineup, contributing a pair of assists.

“It feels good to get the win, it was a team effort,” said Van Volsen. “It’s an exciting time to be able to make it to the Semis of the biggest tournament at this level. I’m looking forward to the crowd and can’t wait to play.”

Van Volsen’s two goals earned him Player of the Game, while Vaughan’s Sam O’Reilly (6) earned the honours, scoring one of the Kings’ two goals.

Vaughan is eliminated, playing to a tournament record of 3-2-0. O’Reilly (1-6–7) joined teammate Logan Sawyer (2-5–7) in leading the team with seven points.

The Jr. Canadiens remain undefeated as they prepare to face the Quinte Red Devils in semi-final action tonight at 8:00pm.