TPH spreads out the scoring in 5-2 win 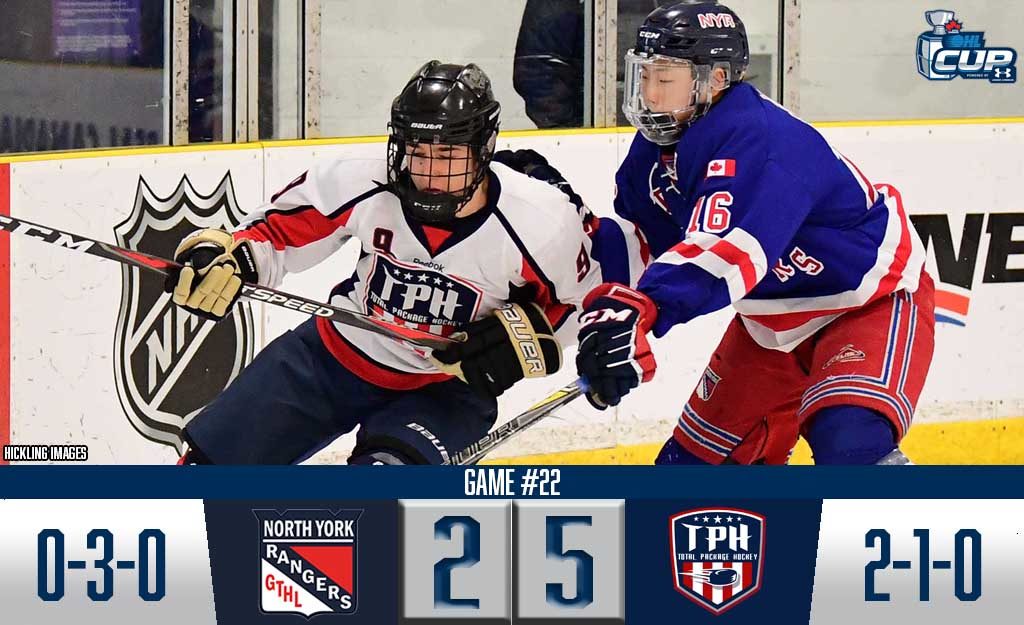 Five different players had goals as TPH Hockey improved to 2-1 at the 2019 OHL Cup Powered by Under Armour, defeating the wild card entry North York Rangers 5-2.

North York netminder Tony Theodoropoulos kept his team in the game early but TPH’s offence proved too much, pulling away in the third period while outshooting the Rangers 37-13 in the game.

Sutter Muzzatti (2) gave TPH a 1-0 lead after one before Lucas Hayes (1), Logan Heroux (1), Sean Karaman (1) and Ryan Humphry (2) would tack on goals while Connor Miller picked up three assists.

“I’m a firm believer that individual success is linked to team success,” said TPH head coach Francis Anzalone. “I’ve been really impressed with our team’s commitment to the little things away from the puck and that, in-turn, has given our guys a chance to demonstrate their skills with the puck because we have it more as a result.”

Hard-working forward Patrick Saini (1, 2) scored both a power play and shorthanded goal for North York in the loss as the Rangers fall to 0-3.

TPH is in pursuit of a quarter-final spot at the OHL Cup Powered by Under Armour for the first time since 2013 when they reached the semi-final before falling to the Toronto Marlboros.