TPH comes together to beat Nationals 3-1 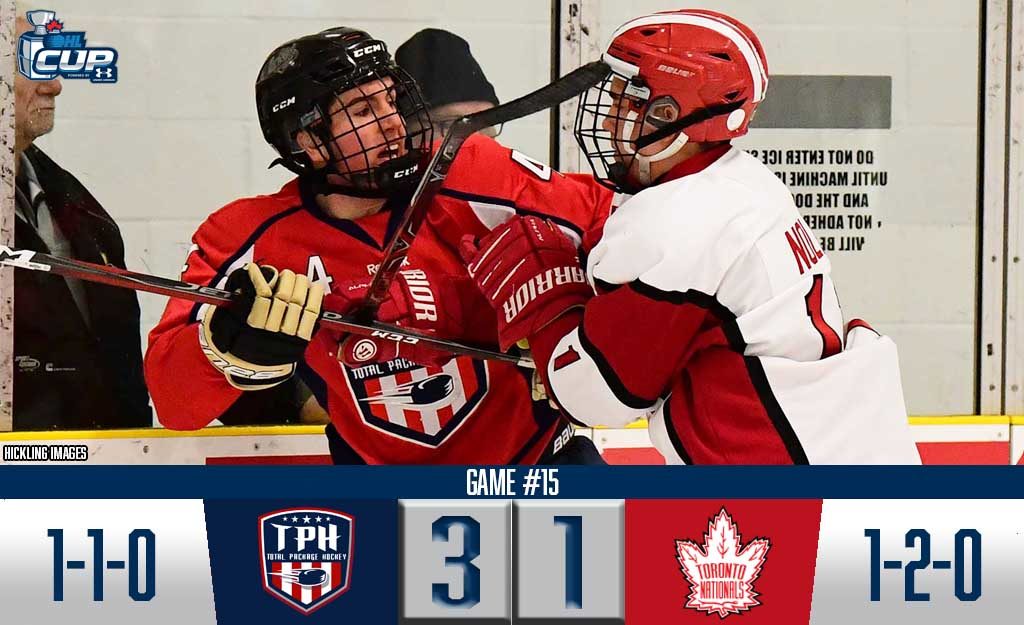 After dropping a 3-0 loss to the Halton Hurricanes on Wednesday morning, the newly assembled TPH Hockey group responded with a 3-1 victory over the Toronto Nationals.

TPH limited the Nats to just 14 shots on goal as goaltender Gibson Homer came within 12 seconds of a shutout while Ryan Humphry (1), Sutter Muzzatti (1) and Jared Mangan (1) provided goals.

“Yeah a lot of us aren’t familiar playing with each other, so it’s been a process figuring things out,” said Muzzatti, the son of former NHL netminder Jason Muzzatti. “We’re really trying to play a responsible game positionally and let the rest take care of itself.

“It’s nice to come out and score some goals the way we did here.”

Consisting of players from across the United States, TPH played with poise, defeating the province’s third-ranked Nationals as Deven Nagra (1) provided the lone goal in a 3-1 loss.

The Nationals fall to 1-2 in the tournament with one round robin game remaining. It will come on Friday against the Brantford 99ers at 9:45am.

TPH gets back to work on Thursday at 9:00am, taking on the North York Rangers.