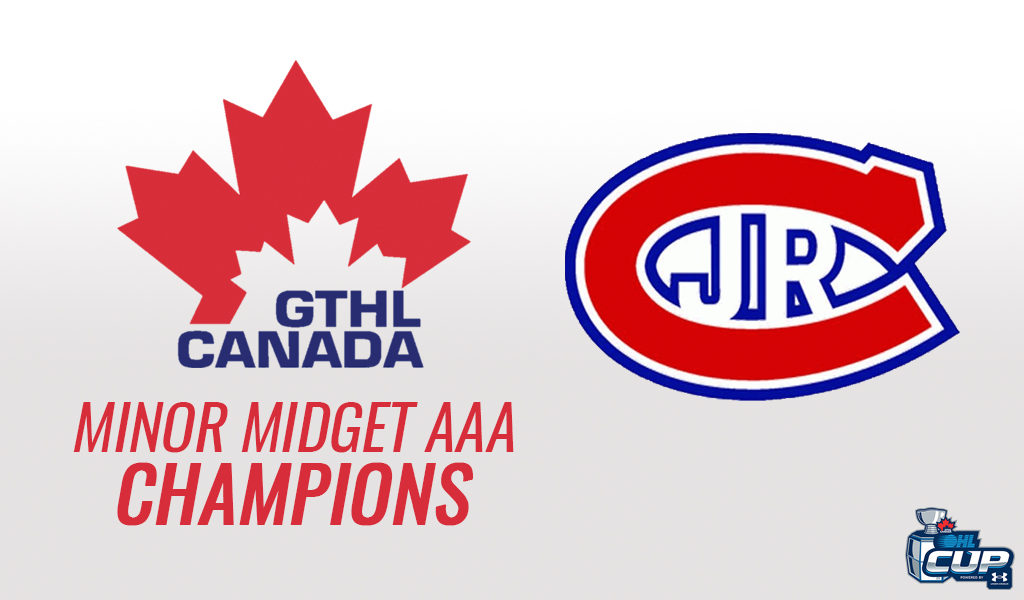 The comeback is complete and the Toronto Jr. Canadiens are 2020 GTHL Minor Midget champions.

Down 2-0 in their best-of-five GTHL Championship Series against the Vaughan Kings, the Jr. Canadiens rallied for three straight wins, capped by a 4-0 shutout victory on Tuesday night.

The Jr. Canadiens have been included in all 15 editions of the weekly OHL Cup Powered by Under Armour Minor Midget Top-10 Rankings this season after finishing first in the GTHL during the regular season with a record of 28-3-2.

The Jr. Canadiens, Kings, Toronto Nationals and Toronto Marlboros are off to next week’s 2020 OHL Cup Powered by Under Armour while the Toronto Titans, Mississauga Senators and Reps Hockey Club will compete in Wild Card Play In games on Tuesday, March 17th.

Congratulations to our Minor Midget @04jrc on being crowned the @gthlhockey Champions!