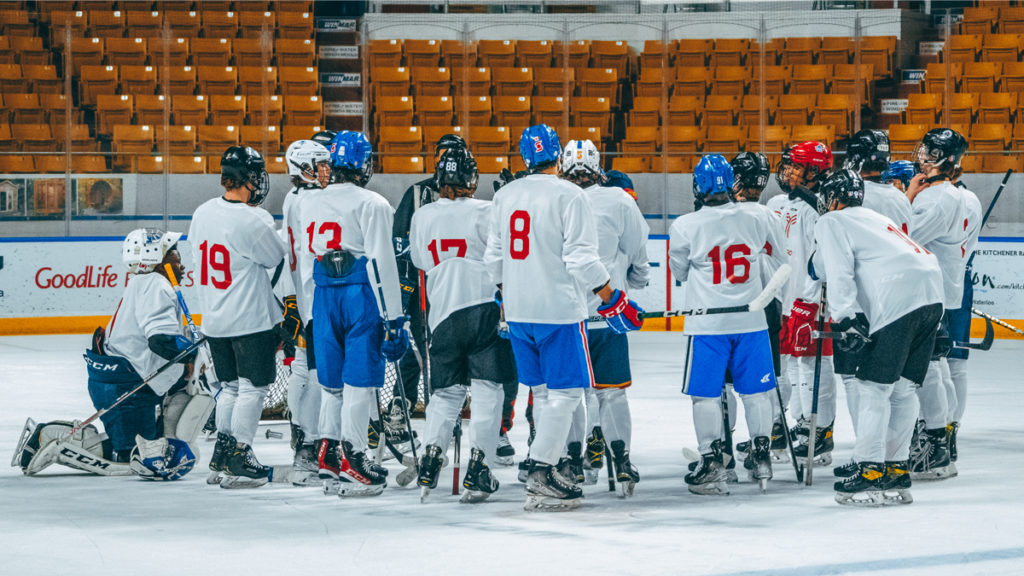 For the first time since 2018-19, Ontario will be sending a U16 team to the Canada Winter Games to compete for a gold medal in one of the largest youth sporting events in the country.

This past weekend, the OHF led by the coaching staff of Steve Devine and Cyril Bollers invited 40 of the top players from across the province to Kitchener to evaluate who could potentially earn a spot on the roster.

“We had a great weekend on and off the ice with a great group of young athletes,” said Devine, who is part of a group tasked with identifying the best players to represent the province in Prince Edward Island in February.

“As a staff, to be able to meet this group of players and get a sense of who they are away from the arena was great, and will allow us to get a head start come January once we finalize our roster.”

The 40 players invited to Kitchener stem from every minor hockey league in the province, as the top players from across the land got to spend an entire weekend with one another both on and off the ice, getting to develop new friendships, but as well as competing with each other to make a very special team.

For Don Mills forward Shamar Moses in particular, the experience in Kitchener is something that he won’t forget anytime soon.

“The experience was amazing,” Moses said. “To be surrounded by such a high caliber group of hockey players was something I will definitely remember. All the guys were amazing and all the staff helped make the experience memorable and gave us what it felt like to be an OHL player.”

In addition to competing for a potential spot to play for their province, the players also had the opportunity to experience a small taste of the OHL experience in Kitchener, skating at The Aud and experiencing a Rangers Friday night game.

“I can’t say enough about Joe Birch, Mike McKenzie, Mike Zsolt, and Dan LeBold and the staff at the Aud,” Devine continued. “First class support which helped us provide a first-class experience for the players we had up this past weekend. We are very grateful for their help in executing what was a great weekend.”

With the camp now wrapped up, players will continue to be evaluated before 20 are named to Team Ontario in January. Team Ontario will participate in the 2023 Canada Winter Games February 18th – 25th in PEI.