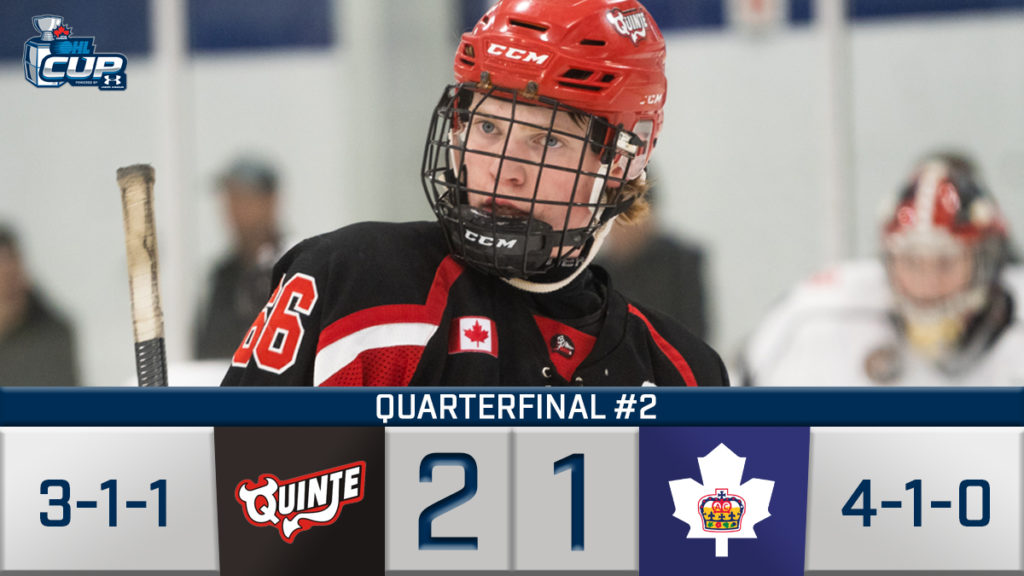 The Quinte Red Devils fell behind early but battled back, skating their way into the OHL Cup Powered by Under Armour Semi-Finals with a 2-1 win over the Toronto Marlboros.

Down 1-0 after the first, Beckett Ewart (3) netted the game-tying goal before Ethan Toms (2) scored shorthanded with 4:49 remaining, pushing the Red Devils into the next round. Brody Partridge also contributed a pair of assists.

“We’re not supposed to be that team that makes it to the Semis, so the boys are pumped. We’ll wait and see who we face-off against later, but whoever it is better be ready because we’re hot right now,” said Toms.

Despite being outshot 18-11, Red Devils’ netminder Michael McIvor turned away 17 shots for the win.

The Marlboros OHL Cup action comes to an end with a record of 4-1. They were led offensively by Beckett Sennecke (5-3-8), who scored Toronto’s lone-goal of the game.

The Red Devils will face the winner of the third Quarter-Final matchup at 8:00pm tonight.