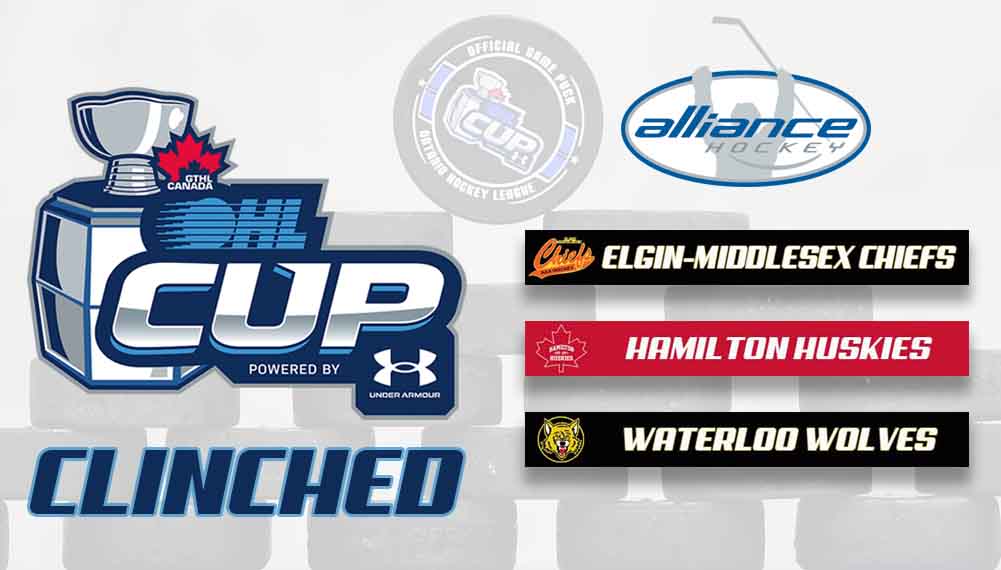 The ALLIANCE stage is set as the league finalist Elgin-Middlesex Chiefs and Hamilton Huskies have both clinched spots at the 2020 OHL Cup Powered by Under Armour. Joining them following a win over the Huron-Perth Lakers on Monday are the Waterloo Wolves, who secure their spot by way of securing the ALLIANCE’s third place seed, defeating Huron-Perth in two-out-of-three games.

Elgin-Middlesex, Hamilton and Waterloo join four GTHL teams in the Toronto Jr. Canadiens, Toronto Marlboros, Toronto Nationals and Vaughan Kings that have already punched their ticket to the annual showcase.

Here’s a closer look at the three ALLIANCE teams preparing to compete at the 2020 OHL Cup Powered by Under Armour from March 17-23 in Toronto.