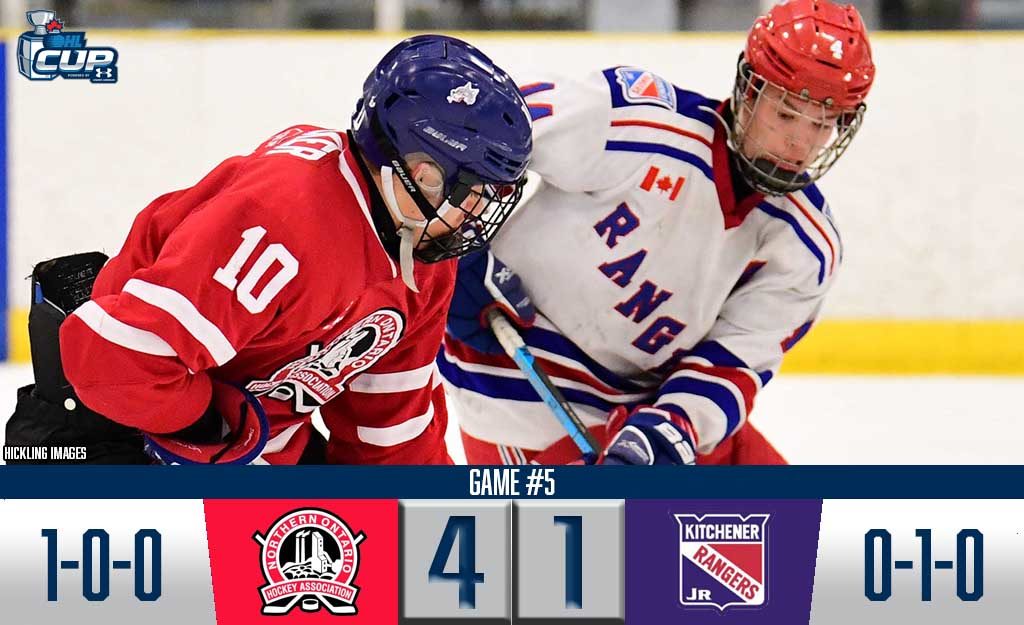 The boys from the great white north brought their A-game bright and early on Wednesday, skating to a 4-1 tournament-opening win over the ALLIANCE Finalist Kitchener Jr. Rangers.

The Northern Ontario Hockey Association jumped out to a 3-0 lead after one period as Devon Savignac (1), Mitchell Martin (1) and Zacharie Giroux (1) lit the lamp.

Kitchener’s Matt Sop (1) got his team on the board with 2:52 remaining in the second frame, but that’s all the offence Kitchener would be able to put together as Jake Marois was solid in the crease for Team NOHA.

Josh Kavanagh (1) rounded out the scoring with a late third period power play goal as Martin tacked on his second assist of the game.

Savignac earned Player of the Game honours for Team NOHA as they claim victory at the OHL Cup Powered by Under Armour for a fourth straight year.

Team NOHA is back in action at 3:30pm against the OMHA champion Whitby Wildcats while Kitchener looks to bounce back on Thursday morning against the wild card entry Mississauga Rebels.