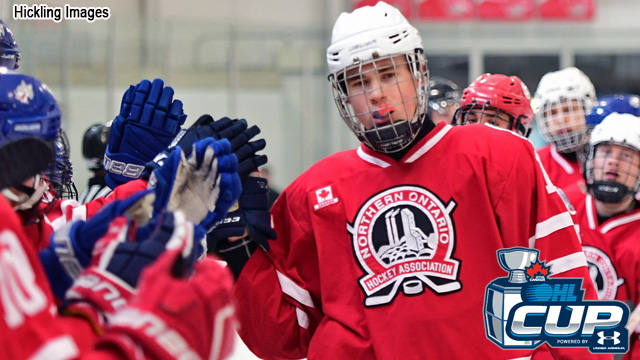 Team NOHA won’t advance to Saturday’s quarterfinals despite finishing the preliminary round with an undefeated 1-0-3 record after defeating the Toronto Titans 3-1 on Friday afternoon.

“We only had two practices so we didn’t get to work on too much but it’s nice to see the kids do so well, especially against two top teams like Vaughan and Whitby,” said Team NOHA head coach Kevin Panco. “If we had more time to work on things I can only imagine how good of a team we’d be.”

Team NOHA took the shooting column 28-23, going 2-for-8 on the power play while holding the Titans to an 0-for-6 mark on the man advantage.

“Our guys showed a lot of heart here,” Panco added. “I had four forward lines going and our defence battled hard the whole tournament. I’m really proud of how we’ve done.”

Christian McDougall scored the lone goal for the Titans as they finish with a 1-3-0 record. The Titans, who entered the showcase following a Wild Card Play-In win over Kitchener on Tuesday, were led in scoring by Alec Lovisec who recorded two assists.

Team NOHA was led in scoring by Cole Craft (3-2–5) and Joel Mazur (2-3–5) who each recorded five points over four games.