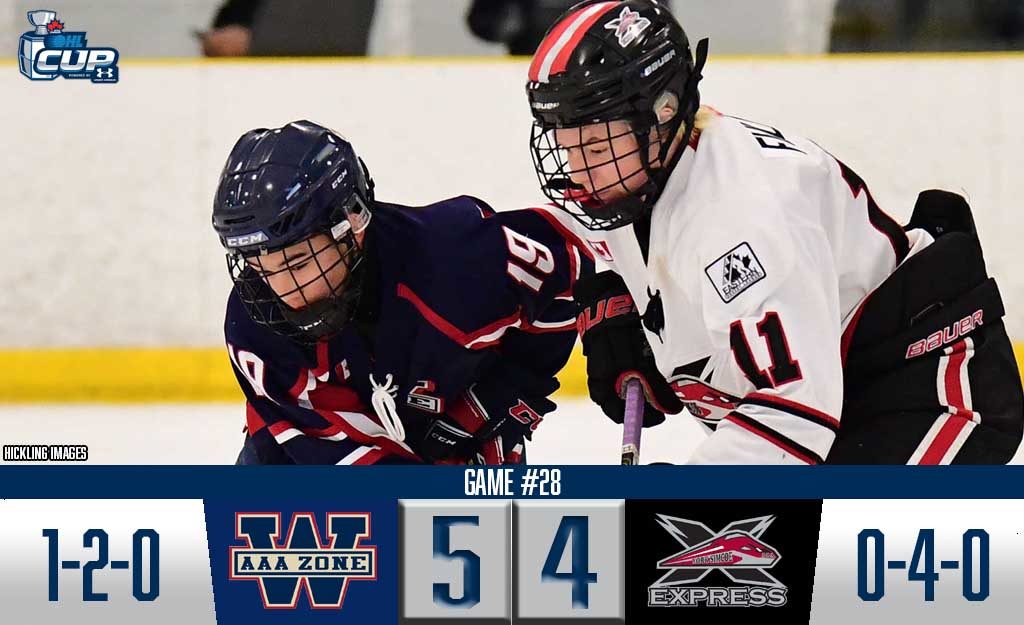 Jake Eaton (1) snapped a wrister past Andrew McGarrity with 1:56 remaining in overtime as the Windsor Jr. Spitfires earned their first win of the 2019 OHL Cup Powered by Under Armour, edging the York-Simcoe Express 5-4.

York-Simcoe would pull ahead by a score of 4-3 early in the third period as big blueliner Braden Hache (1, 2) scored twice and was joined by Mason Wright (1) and Jacob Holmes (1) on the scoresheet.

Down a goal, Gabriel Piccolo (1) knotted things at four 7:15 into the third and things would stay that way until Eaton connected with Nicholas Beneteau for the overtime winner.

“It’s a bit of a relief to be honest, just getting that first goal helped us all to relax a little bit,” said Eaton. “Our first two games weren’t great and we improved a bit in this one, but I don’t know that we’ve played our best hockey here yet.

“It’s great to get a win and we want to finish strong tomorrow against North Central.”

Player of the Game Cunningham finished the afternoon with a pair of goals while Cayden Faust (1) also scored for Windsor. Max Donoso made some key saves to earn the win in goal for the Jr. Spitfires.

York-Simcoe wraps up its tournament with an 0-4 record as Kaleb Nelson (1-3–4) led the team in scoring. Braden Hache (2-0–2) led the Express with a pair of goals.

Windsor enters its round robin finale against North Central on Friday at 4:45pm with a 1-2 record.