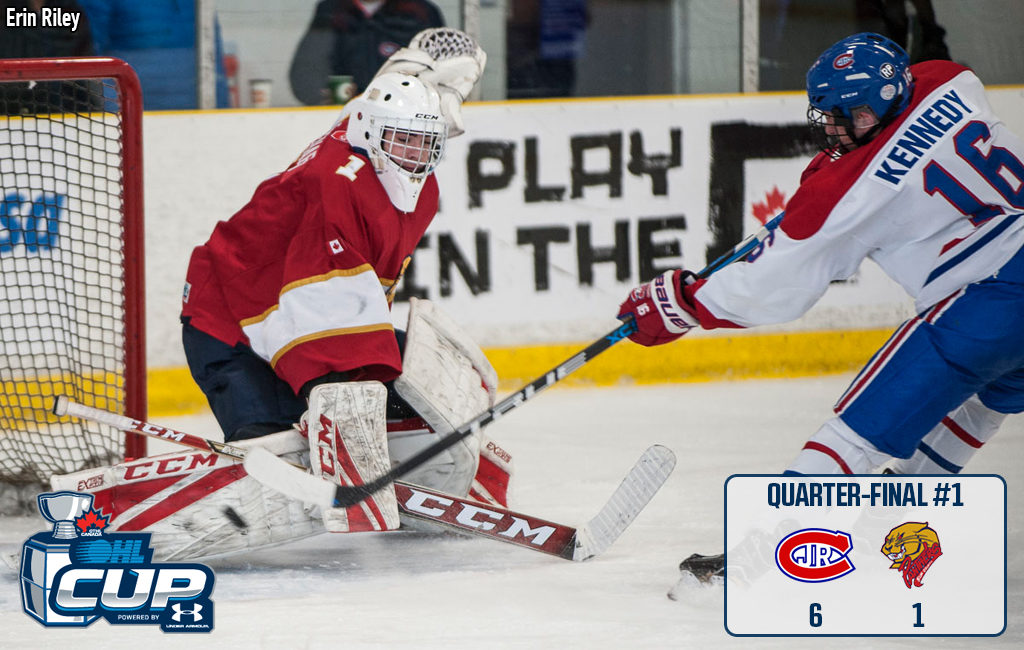 The Toronto Jr. Canadiens were in control right out of the gate as Cole O’Hara scored just 55 seconds into action and they never looked back, defeating the Sun County Panthers 6-1 in quarter-final action.

Isaac MacLeod (2, 3) scored twice and added an assist to earn Player of the Game honours for JRC, pacing an attack that also featured goals from Daniil Chayka (3), Liam Kennedy (2) and Dylan Robinson (4).

“We’re feeling good and headed to the semis,” said MacLeod post-game. “We wanted to control the game today and I think we did a pretty good job of it. I think my line with Ryan Tverberg and Liam Kennedy made some good things happen out there.”

The Jr. Canadiens took the play to the Wild Card entry Panthers, outshooting them 50-12.

“It’s a great time to have a good game like that,” MacLeod added. “We think we belong in the final four and are excited for tonight.”

Sun County was led in scoring by Saturday morning Player of the Game John Ulicny who wrapped things up with three goals, two assists and five points in as many games.

The Jr. Canadiens return to the OHL Cup semi-finals after recent trips in 2014, 2015 and 2016. They’ll line up against the Toronto Marlboros when the puck drops at 6:00pm.

Cole O’Hara gets his third of the tournament to open scoring for Jr. Canadiens.