Senators start with a win 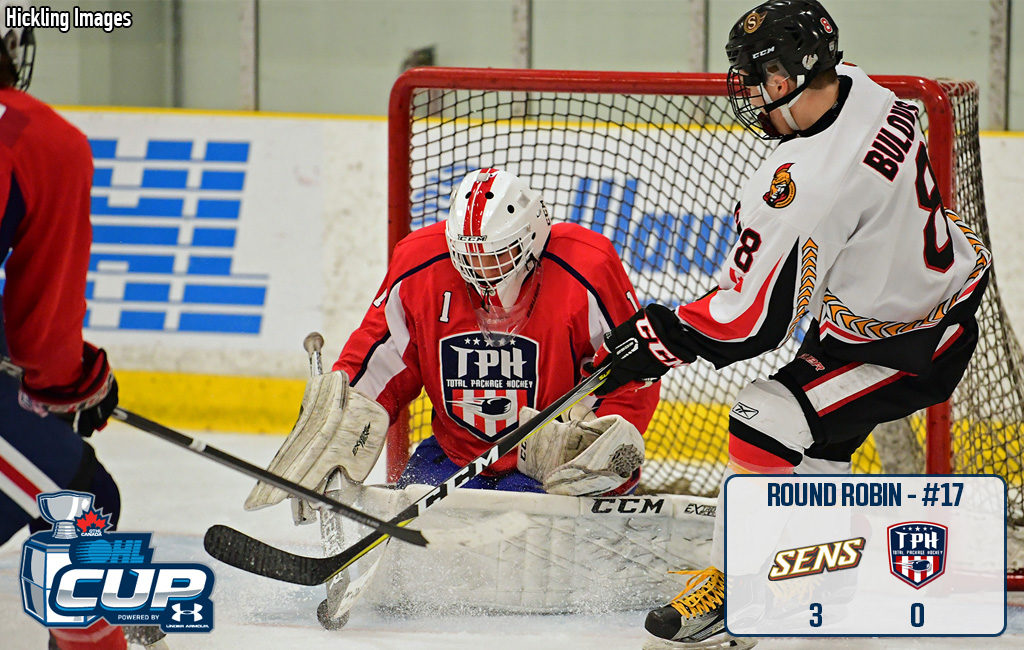 The Mississauga Senators and TPH Hockey were locked in a scoreless game until the first minute of the third period when Chase MacIntyre (1) broke the offensive silence, sparking the Sens to an eventual 3-0 win to start the round robin.

Bryce Sutherland (1) and Justin Ertel (1) added goals while Jacob Kirby recorded a 24-save shutout as the Senators got off on the right foot.

“It was a long day at the rink and having the chance to watch some other teams got us focused I think,” said Sutherland after the win, citing the fact that some teams had played two games in the time it took for the Senators to play their first of the round robin.

“We were pretty good defensively and took away the middle. (Jacob) Kirby made some big saves too so it’s a good way to get things started.”

The Senators outshot TPH 26-24 to hand them their second loss of the day as Gus Bylin made 23 saves in defeat.

Justin Ertel scores the third goal of the night for the Senators.