Road to the OHL Cup: NOHA eager to compete 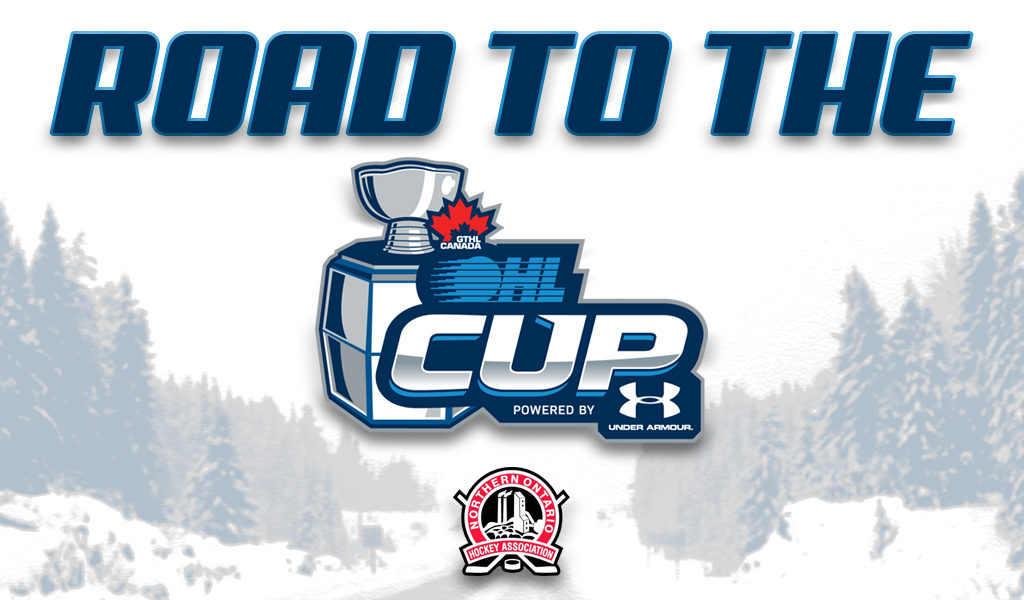 A team that has made big strides at the OHL Cup Powered by Under Armour in recent years, the Northern Ontario Hockey Association is excited about another class of talented prospects coming south for the annual showcase next week.

Coming off a pair of wins last year, a win and three ties the year before and two victories in 2016, Team NOHA is trending in the right direction having scored recent victories over reputable programs such as the London Jr. Knights, Peterborough Petes and Toronto Titans.

“I think those kids really get up for this event,” said OHL Central Scouting’s representative for the Northern region Doug Bonhomme. “It’s exciting right? You get a chance to come down here and represent the north against the best competition from across Ontario. It’s a great opportunity for them to show what they can do.”

“He’s a really consistent player that you can throw out there in any situation,” said Bonhomme of Stillman, who is the son of Sudbury Wolves head coach, OHL graduate and long-time NHL forward Cory Stillman. “There’s a lot of offensive upside there, but one of the more interesting things about Chase is his commitment to playing a complete game. I think that will draw a lot of interest to him on draft day.”

Team NOHA will feauture another OHL connection up front in Sudbury Minor Midget Wolves captain Zacharie Giroux, the younger brother of Saginaw Spirit captain Damien Giroux who once starred in the OHL Cup Powered by Under Armour.

On the blue line, a pair of Soo Thunderbirds defenders drew praise from Bonhomme for their solid play this season.

“Any OHL team looking for a steady defenceman should take a good look at both Jack Matier and Tyler Dunbar in Sault Ste. Marie,” he said. “They’re both big strong guys who like to handle the puck, they can both shoot and they play a well-rounded game.”

A team that has produced the likes of Giroux (Saginaw Spirit), Billy Moskal (London Knights), Chad Denault (Peterborough Petes) and Pacey Schlueting (North Bay Battalion) in recent years, Bonhomme says the northern kids who spend their year playing in the Great North Midget League come to Toronto with a bit of an edge.

“They’re playing against guys one or two years older than they are all season,” he noted. “At the beginning of the year you see them struggle to adapt to the power and the pace a bit, but by time you get to March I think you really see some improvement and that puts them in a great place for next week.”

The NOHA had 12 players selected in last year’s OHL Priority Selection. With another talented group assembled for next week, there’s no telling how many northern competitors will hear their names called on Saturday, April 6th.

The full Team NOHA roster can be found at noha-hockey.com.

Here’s a look at how playoff action has progressed across Ontario.

*** The ALLIANCE Finalist Brantford 99ers and Kitchener Jr. Rangers will join the third place Windsor Jr. Spitfires at the 2019 OHL Cup Powered by Under Armour. The Waterloo Wolves and London Jr. Knights will both play in OHL Cup Wild Card Play-In action on Tuesday March 12th.

***The host Whitby Wildcats were crowned OMHA Minor Midget Champions this past weekend at the Iroquois Park Sports Complex in Whitby, defeating the Halton Hurricanes 5-0 in the Championship Final. The York-Simcoe Express claimed bronze with a 4-2 win over the Quinte Red Devils. Whitby, Halton, York-Simcoe and Quinte have all secured spots at the 2019 OHL Cup Powered by Under Armour while the fifth place Guelph Gryphons will play a Wild Card Play-In Game on Tuesday March 12th. The OMHA ETA’s North Central Predators have also been selected to compete in OHL Cup Wild Card Play-In action by the OHL Cup Selection Committee.

In the OMHA SCTA, the Niagara North Stars defeated the Southern Tier Admirals 5-2 in a one game playoff to secure themselves a Wild Card Play-In Game.

For more information on the 2019 OHL Cup Showcase Tournament Powered by Under Armour, visit ohlcup.ca.