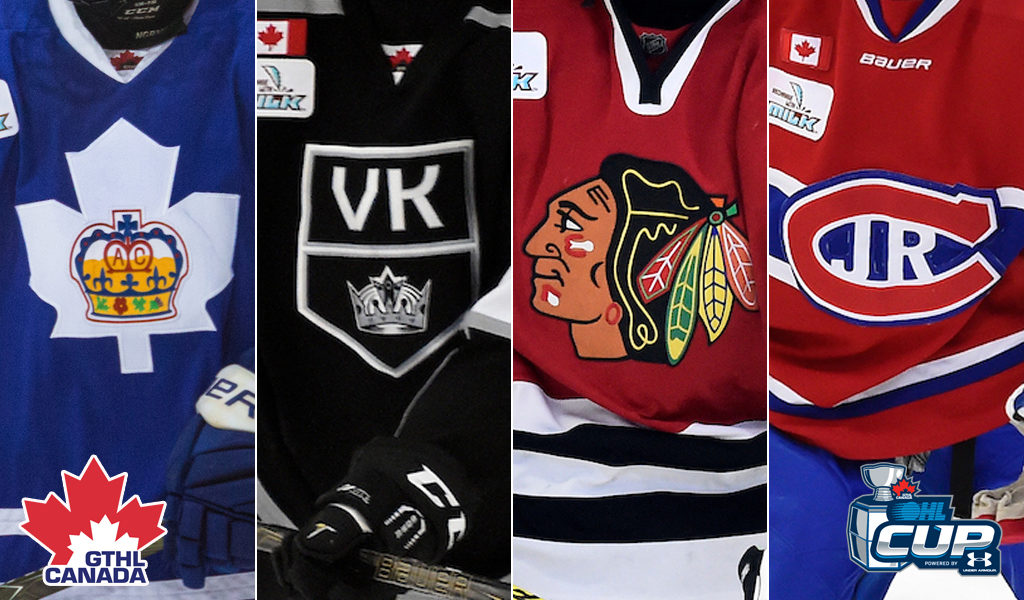 A hotbed for developing OHL talent, the Greater Toronto Hockey League boasts another crop of up and coming young stars this season, with several prominent names steering their clubs into the second round of the playoffs.

The GTHL is down to its final four this week with the Toronto Marlboros, Mississauga Reps, Vaughan Kings and Toronto Jr. Canadiens all securing spots at the 2018 OHL Cup Powered by Under Armour.

While parity has been a consistent GTHL theme in years past, the first place Marlboros haven’t given anyone much reason to doubt that they’re the cream of the crop this season, playing to a regular season record of 29-3-1 while winning both the Toronto Titans Early Bird Tournament as well as the Whitby International Silver Stick Tournament.

“They’ve been the best team from start to finish,” said Director of OHL Central Scouting Darrell Woodley of the Marlboros who have topped the weekly OHL Cup Top 10 Rankings in all 12 weeks.

A forward corps including crash-and-bang winger Will Cuylle along with talented names in Stephen Halliday, Reid Valade, Ryan Alexander, Cameron Peters and Riley Piercey makes the Marlboros a force on any night.

“They’ve got nine guys up front, all of whom will likely hear their name called on draft day,” Woodley continued. “On the blue line they’re running five defence including Jamie Drysdale and Lleyton Moore who are considered a couple of the best defencemen available this year.”

After eliminating the Mississauga Senators with four straight first round wins, the Marlies have climbed ahead of the Vaughan Kings 2-0 in their second round series.

The Kings, who are currently the fourth-ranked team in the OHL Cup Top 10, finished fourth during the regular season with a 19-7-7 record. Standout performers Cole Perfetti and defenceman Ryan O’Rourke return to the OHL Cup Powered by Under Armour after reaching the Quarter-Final with the Whitby Wildcats last spring.

“He’s a little smaller, but it’s hard to argue with what Perfetti has done this season,” noted Woodley. “He’s very intelligent, an elite playmaker and he scored over 50 goals this season. He and linemate Ty Tullio have formed one of the GTHL’s best 1-2 punches this season.”

The third-ranked Mississauga Reps hold a 2-1 series lead over the Toronto Jr. Canadiens in the GTHL’s other Semi-Final series.

A well-rounded team that plays a structured game, the Reps boast one of the top draft eligible goaltenders in 6-foot-2 Tristan Lennox playing behind one of this year’s more intriguing defence prospects in 6-foot-5, 207Ib. Owen Power.

“They’re not a team to be taken lightly,” said Woodley of the 22-4-7 franchise that hoisted its first ever OHL Cup last spring. “Offensively they sort of do things by committee with leading scorer Devlin O’Brien and guys like Jonah De Simone, Jake Uberti and Davis Young.”

The Jr. Canadiens took a 5-2 win in Game 3 at Westwood Arena on Tuesday to make this series a little more interesting. The champions of the Toronto Marlboros Holiday Classic Tournament are coached by former 100-point OHL scorer Daniel Sisca (1999-2004) and have proven capable throughout the season.

“Dylan Robinson is one to keep to an eye on,” said Woodley of the Jr. Canadiens star who is the younger brother of former OHL first round pick Brandon Robinson (2011-16). “He has the ability to take over a game and has done so on a few occasions already this season. I think he’ll be fun to watch at the OHL Cup.”

The Marlboros, Kings, Reps and Jr. Canadiens are in, leaving two Wild Card Play-In spots for GTHL clubs up for grabs as the Don Mills Flyers, Mississauga Senators, Toronto Titans and Mississauga Rebels are still within reach of an OHL Cup berth.

The 2018 OHL Cup Powered by Under Armour is a little over a month away as the puck drops on Tuesday, March 13th at Scotiabank Pond in Toronto.

Here’s a look at playoff action across the province on the road to the 2018 OHL Cup Powered by Under Armour.

*** The champion, finalist and third place team qualify for the 2017 OHL Cup

***The SCTA qualifier weekend is slated for February 10-11 in Fort Erie, ON. The champion and finalist from that tournament will compete against the champion and finalist from the ETA along with the host York-Simcoe Express in the 2018 OMHA Championships at St. Andrew’s College in Aurora, ON from March 2-4. The 1st, 2nd, 3rd and 4th place teams at the OMHA Championship will qualify for the 2018 OHL Cup.

For more information on the 2018 OHL Cup Showcase Tournament Powered by Under Armour, visit ohlcup.ca.