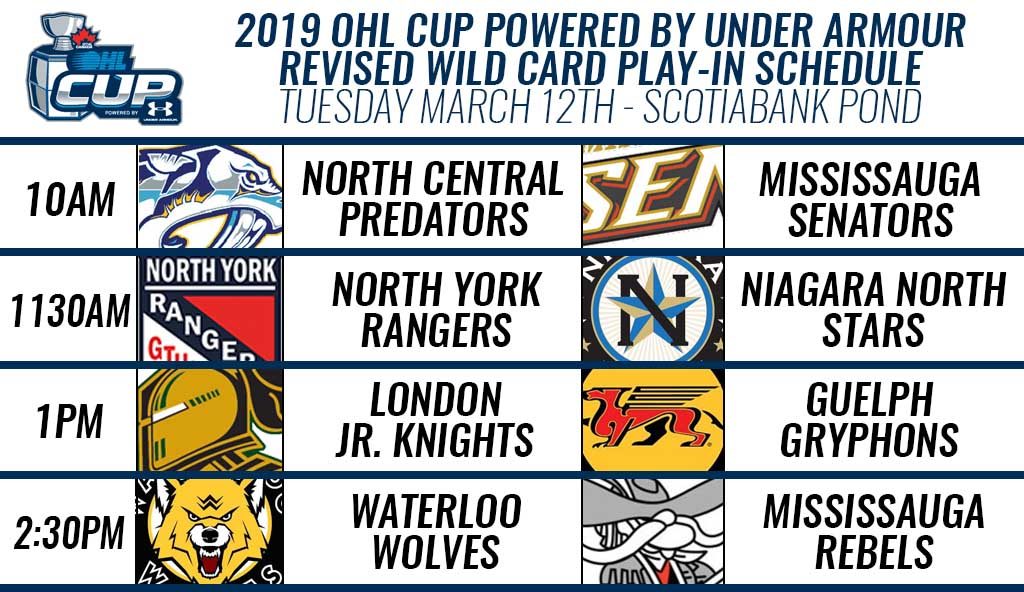 Tournament organizers were advised on Monday morning that the Detroit Compuware team is withdrawing from the 2019 OHL Cup powered by Under Armour.

As a result, the following changes have been made to the schedule and format:

The four wild-card game winners will still qualify for the OHL Cup as per the original format. This is not changed, however, the start time and overtime format of these games has been adjusted.

The four losing teams in the Wild Card Play-In Games will compete in a playoff for the one spot previously assigned to Detroit Compuware in the Shanahan Division. A Consolation semi-final and Consolation final will be used to declare this team.

The four losing teams will play a semi-final on Tuesday evening at Scotiabank Pond.

The two winning teams from these Consolation semi-finals will play Wednesday at Scotiabank Pond #1 at 7:30 am.

The schedule of the Wild Card games and format will be slightly adjusted to give a larger break between the wild card games and consolation semi-finals.

Here are the new start times:

If tied after regulation then a 5-minute sudden victory over-time will be played. Teams will play 5 plus a goalie.

If still tied a 5-player shoot-out shall take place.