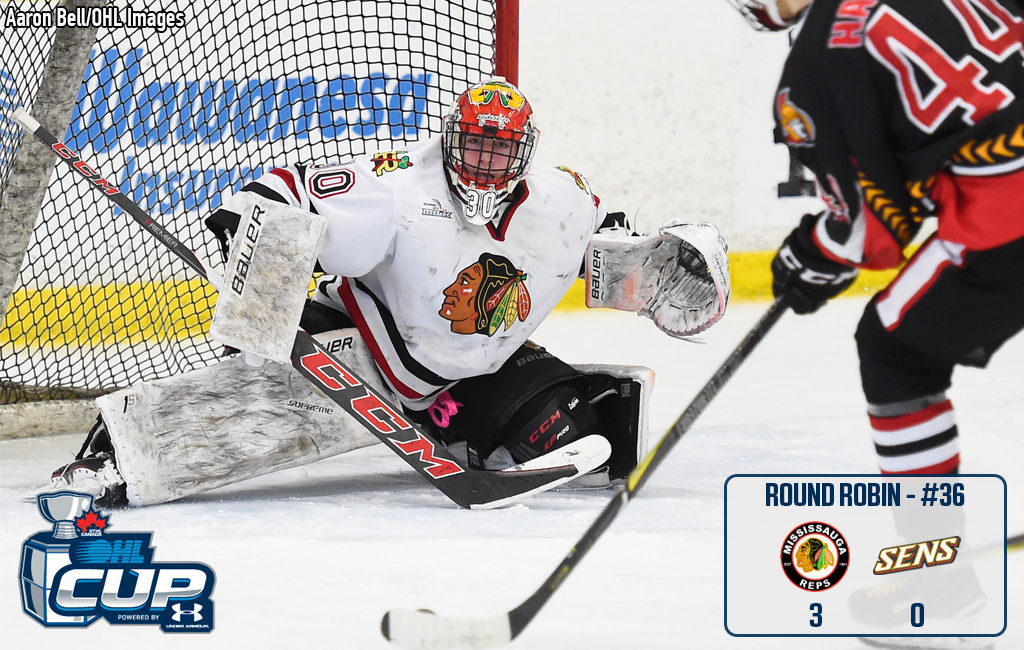 Blueliners Michael Renwick (1) and Owen Power (1) led offensively as the Mississauga Reps powered into the quarter-final round with a 3-0 blanking of the rival Mississauga Senators.

A heated clash between two cross-town rivals, the Reps and Senators battled through some extracurriculars between stoppages and combined for 13 power plays between them, with the Reps taking advantage for a pair of power play goals.

“It’s always intense when we play them,” said Renwick who had a goal and two assists. “A lot of us go to the same high school so we’re friends, but when we’re on the ice it’s all business.”

Davis Young (2) also had a goal and an assist for the Reps while Tristan Lennox posted a 20-save shutout.

“We know what it’s going to take to beat some of these teams tomorrow,” added Renwick. “There’s no easy games here. We have to be at our very best and that’s going to take maximum effort from everybody. I think we’re all looking forward to the challenge.”

The Reps outshot the Senators 34-20 as the latter rounds out the OHL Cup powered by Under Armour with a 1-3-0 record.

Chase MacIntyre (3-0-3), Sebastian Bulovs (1-2-3) and Elias Cohen (0-3–3) finished tied for the team lead in scoring. The Wild Card entry Senators earned an OHL Cup berth with a 4-1 win over the Quinte Red Devils on Tuesday.

Renwick led the Reps in round robin scoring, recording a goal and seven assists to also lead all tournament rearguards.

Michael Renwick scores the second goal of the night for the Reps.