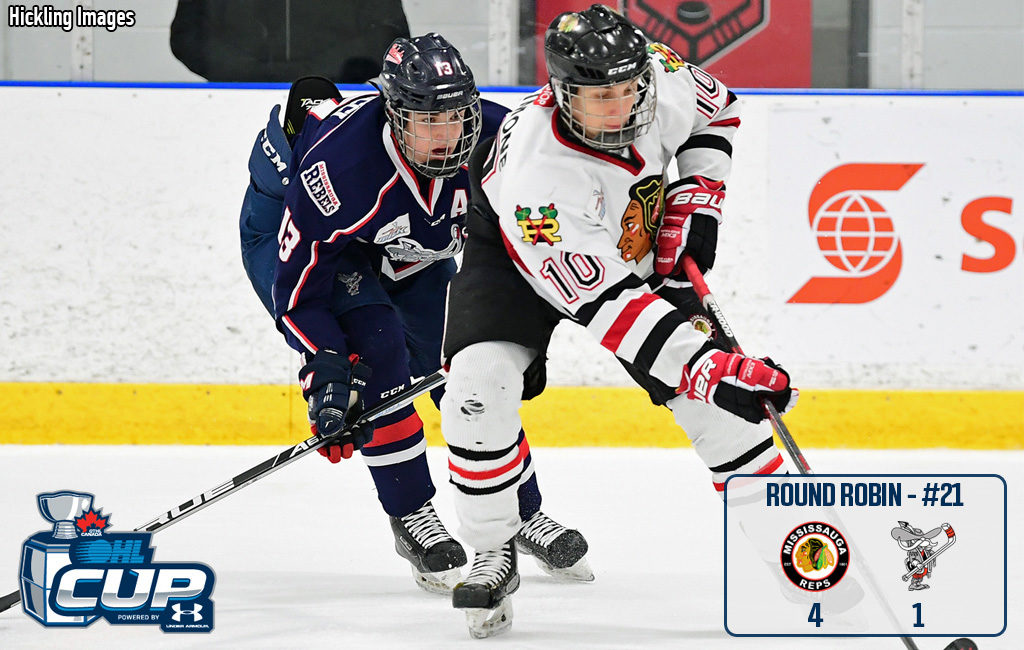 It’s never easy to rebound from a showcase-opening loss, but the Mississauga Reps have done so without too much trouble.

The GTHL Finalists blitzed TPH Hockey by a score of 6-2 on Wednesday before carrying the play against the cross-town rival Mississauga Rebels, outshooting them 45-17 in a 4-1 victory.

“Losing that first one hurt, but I thought we played pretty well and we didn’t want to get away from our process,” said O’Brien post-game. “We’re here to win and I think we executed well as a team today. We played the Rebels a few times during the season so we came in prepared.”

Davis Young scores the game-winning goal for the Reps.