Reps recover to slip by Kings 3-2 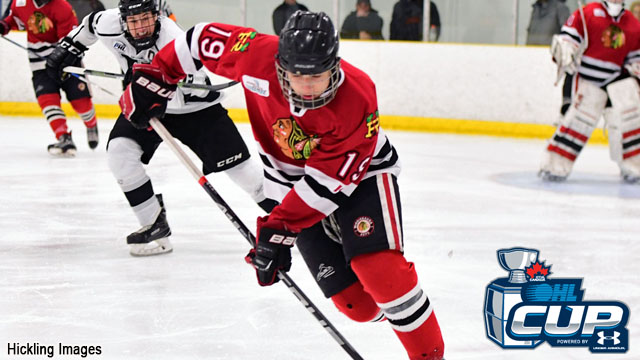 It was a slow start, but good teams recover from slow starts.

The Mississauga Reps are off to a 2-0 start to the 2017 OHL Cup Powered by Under Armour after Jamieson Rees scored twice and Mike Petizian tacked on three assists in a 3-2 win over the Thunder Bay Kings on Wednesday night.

Thunder Bay climbed out to a 2-0 lead on a pair of first period goals from Owen Belisle, but that’s all the offence they’d be able to muster as the Reps charged back to complete the comeback.

“Fortunately we turned things around,” said Rees after the win. “We had to get that out of our system in the first period and got back to playing our game in the second.”

“We’ve played together for years and I can tell you that he’s got great vision and sets his linemates up regularly,” Rees said of Petizian. “When our line gets going we just have a way of finding each other.”

The Reps scored victories over Thunder Bay as well as the Toronto Marlboros on Wednesday to enter Thursday’s matchup against Ajax-Pickering with a 2-0 record.

Thunder Bay is 0-2 headed into a matchup against the Toronto Marlboros on Friday morning.