Reps rebound for 6-2 win over TPH 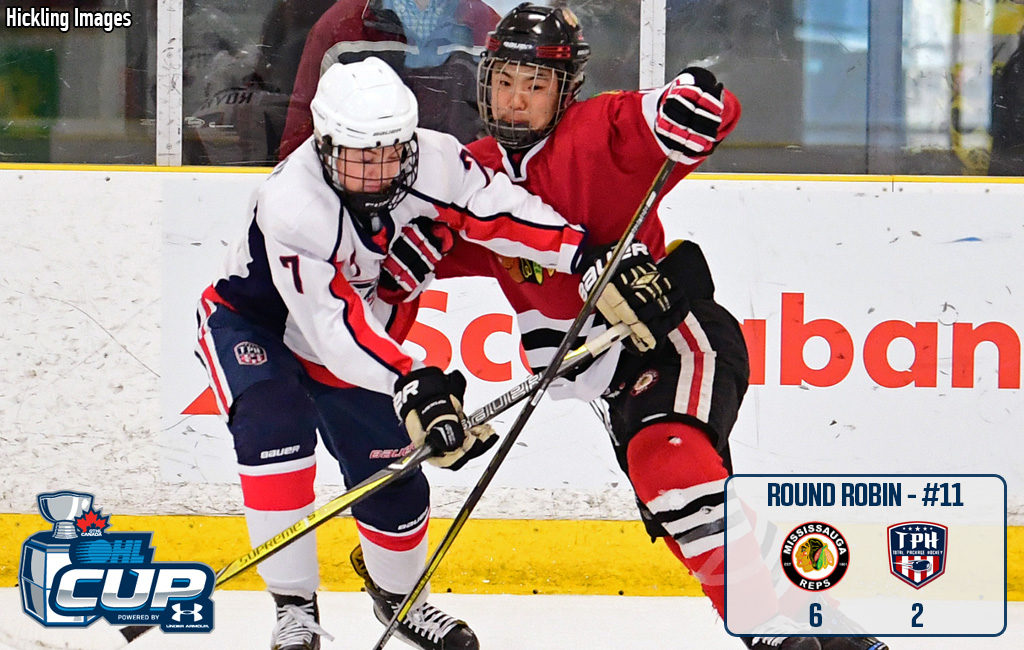 After just one goal on 45 shots last night, the Mississauga Reps unloaded for six Wednesday afternoon as Aidan Hughes (1, 2) and Devlin O’Brien (1, 2) both had two goals and an assist in a 6-2 win over TPH Hockey.

TPH held a 1-0 lead after one period before O’Brien and Matthew Papais (1) responded in the second. Max Dodig (1) picked up the eventual game winner 43 seconds into the third period as the Reps improved to 1-1.

Hughes scored twice in the third while O’Brien picked up his second as the Reps returned to form.

“We had a little more finish today,” said Hughes, who earned Player of the Game honours for Mississauga. “Last night was a little frustrating but you have to get beyond games like that.

“The boys pulled together and got us two points today.”

Michael Renwick registered three assists for the Reps while Davis Young also had a pair of helpers as they outshot TPH 38-19 and went 3-for-5 on the man advantage.

Carter Rohman (1) and Michael Bishop (1) scored for TPH in their first action of the showcase.

Mississauga (1-1-0) is back in action first thing Thursday morning, squaring off against the cross-town rival Mississauga Rebels (0-1-0) at 8:30am. TPH (0-1-0) gets back to work at 7:00pm against the Mississauga Senators.

Devlin O’Brien puts the Reps on the board.