Reps on the radar following 3-1 win over Marlboros 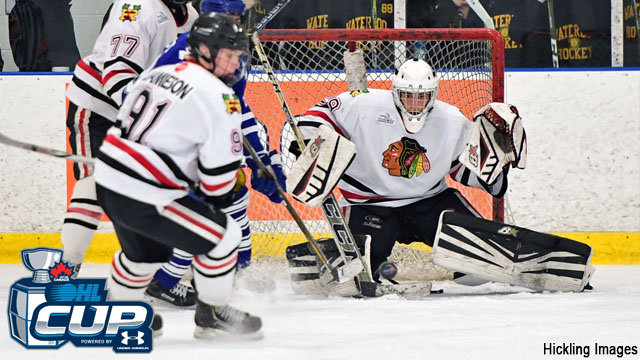 The win follows a 5-2 Wild Card Play-In win over the Halton Hurricanes on Tuesday.

The Reps, who finished with the second-best record in the GTHL this season, had a disappointing month of February as they were eliminated in the first round of the GTHL Playoffs.

After defeating the Mississauga Senators in a seven game GTHL Wild Card Series, a big win over the mighty Marlboros might indicate that the Reps are hitting their stride.

“We’re confident right now,” said forward Mike Petizian, who followed up Tuesday’s three assist effort with another two on Wednesday. “What’s in the past is in the past and we’ve put that behind us. We’re finding each other out there and getting back to doing the things that make us such a good team.”

Liam Ross, Cole Burtch and Dennis Golovatchev had goals for Mississauga while goaltender Ryan Dugas was outstanding, earning Player of the Game honours for his team.

“In the seven years we have played together, he has gotten better and better,” said Petizian of Dugas. “He’s a real big part of our team back there.”

Toronto’s lone goal came off the stick of Graeme Clarke as the Marlboros fall to 1-1. They’ll look to rebound when they face the Eastern Ontario Wild on Thursday morning.