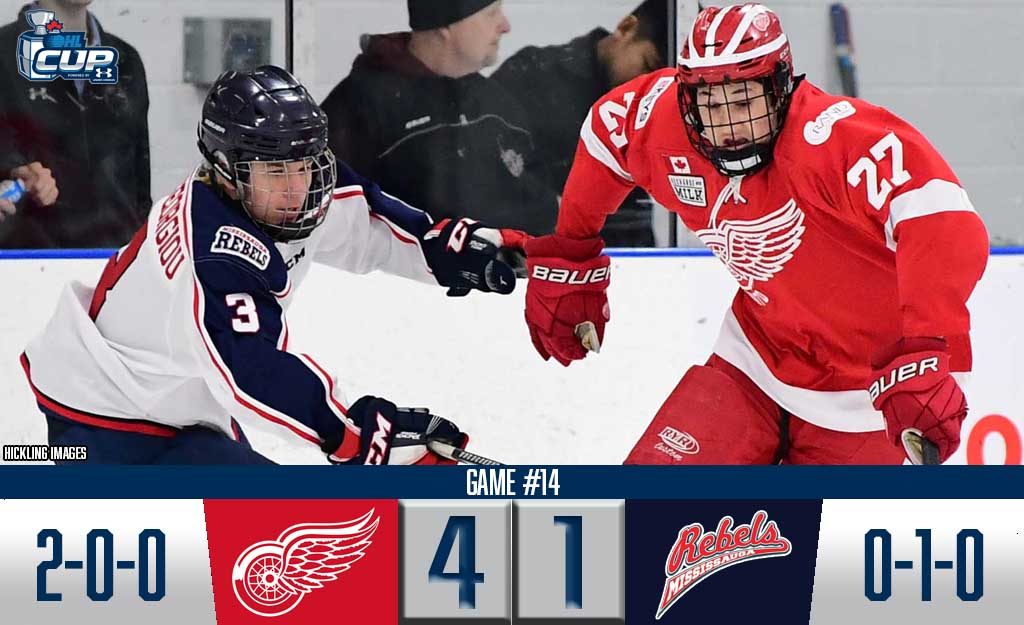 After a seven-game series in the GTHL Playoffs, there’s no love lost between the Toronto Red Wings and Mississauga Rebels.

Just as they were in the aforementioned series, the Red Wings were victorious on Wednesday afternoon, taking a 4-1 victory to improve to 2-0 in the showcase.

“They’re a tough team to play against, but we’ve got a highly competitive group here,” said Red Wings head coach Angelo Catenaro. “After two games I’m pretty happy with the way our guys are playing. We weren’t overly familiar with Whitby the other day and we got the two points there.

“We’ve got a number of guys doing good things out there right now and we want to keep that momentum going.”

Justin Ertel (1) put the Red Wings up 1-0 after one period before Adam Fantilli (1), Luca Del Bel Belluz (2) an Nolan Dann (1) added second period markers to but the in the driver’s seat up four.

Jesse Fishman (1) broke up Josh Rosenzweig’s shutout bid with 6:52 left in the third period but the Red Wings took things from there, sealing the deal against their GTHL rivals.

The 2-0 Red Wings are back in action on Thursday morning against Team NOHA at 10:45 am while the Rebels get back at it at 10:15am against the Kitchener Jr. Rangers.