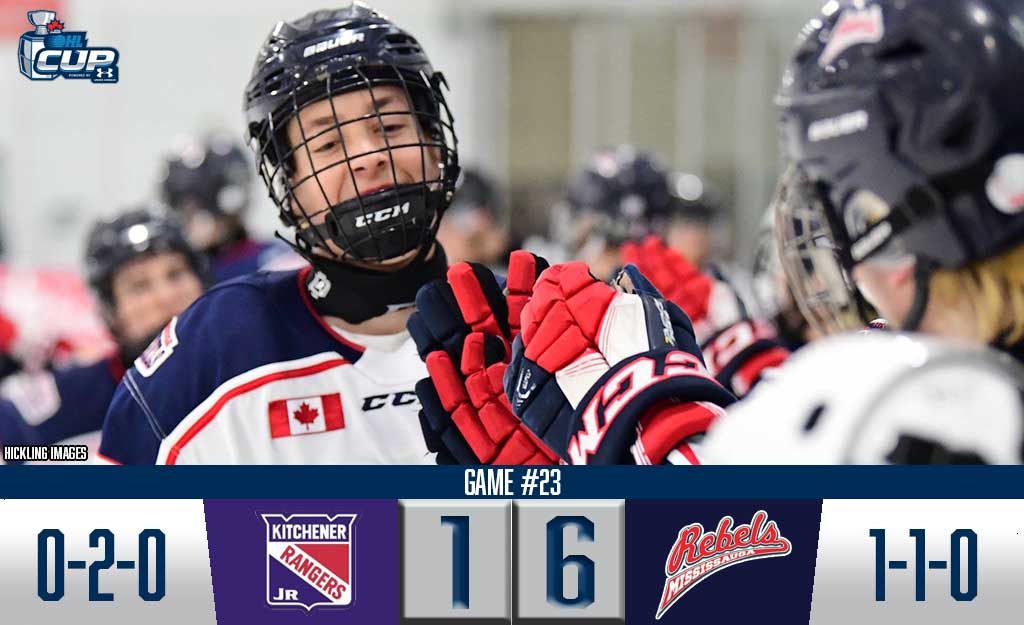 After a tournament-opening 4-1 loss to the Toronto Red Wings, the Mississauga Rebels kept their playoff hopes alive as six different players lit the lamp in a 6-1 victory over the ALLIANCE Finalist Kitchener Jr. Rangers.

Jesse Fishman (2), Jake Barkley (1) and Tye Scott (1) each had a goal and an assist while hard-working centreman Pasquale Zito picked up three assists.

“It was a game we knew we had to win, so yeah we’re all feeling pretty good after that one,” said Zito, who excelled on a line alongside Barkley and Max Donohoe (1), who also scored. “It’s up to us how far we go here. We’ve got two games tomorrow that both need to be wins and we’re going to prepare for those.”

Basil Papageorgiou (1) and Bryan Myles Douglas (1) also scored for Mississauga while Justin Wu turned aside 24 of the 25 shots he faced.

Braeden Bowman (1) provided Kitchener’s lone goal as the Jr. Rangers fall to 0-2 at the showcase.

The 1-1 Rebels face Team NOHA first thing Friday morning before battling the Whitby Wildcats at 1:45pm. Kitchener looks to get in the win column at 8:30am Friday morning against Whitby.