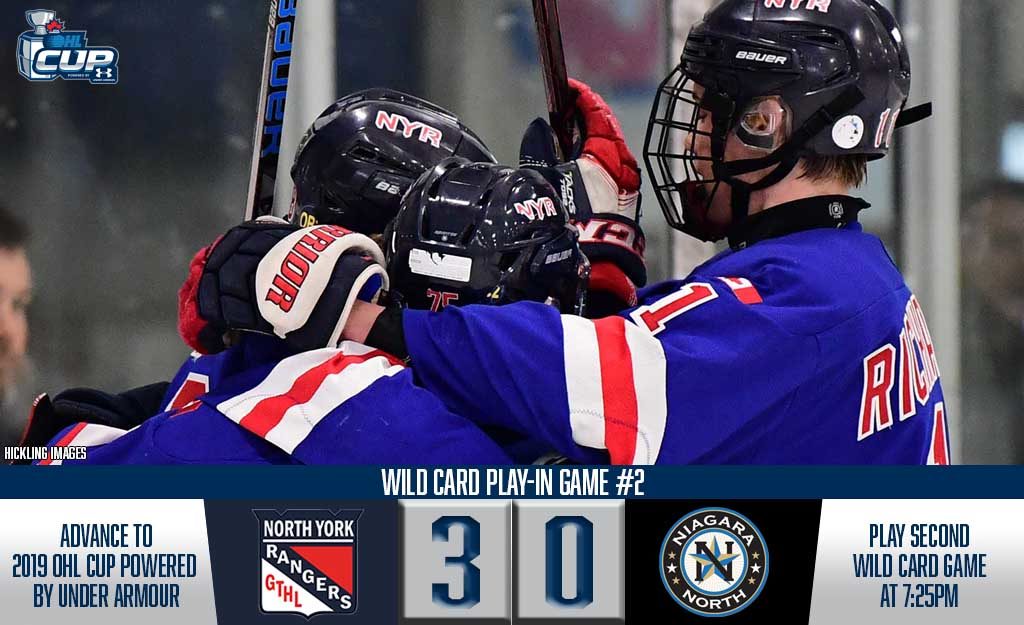 North York’s Tony Theodoropoulos was perfect as the Rangers rode past the Niagara North Stars and into the 2019 OHL Cup Powered by Under Armour.

The GTHL’s 8th place team during the regular season, the Rangers scored a goal in all three periods as Patrick Saini led the way with a goal and an assist, helping his team return to the annual showcase for the first time since 2014.

“Tony’s been solid for us all season, so for him to get a shutout today isn’t surprising,” Saini said of his netminder. “Games like this are what you play all season for, so I think we’re all feeling pretty good right now.”

The Rangers were an OHL Cup Selection Committee choice after they lost a GTHL Wild Card Series matchup against the Mississauga Rebels.

“When every guy in our room is working hard we can do a lot,” Saini added. “If we can continue to do what we did today I like our chances.”

The Niagara North Stars will get another shot tonight, squaring off with the Mississauga Senators at 7:25pm.

North York will compete in the Subban Division alongside the Brantford 99ers, Halton Hurricanes, TPH Hockey and the Toronto Nationals.