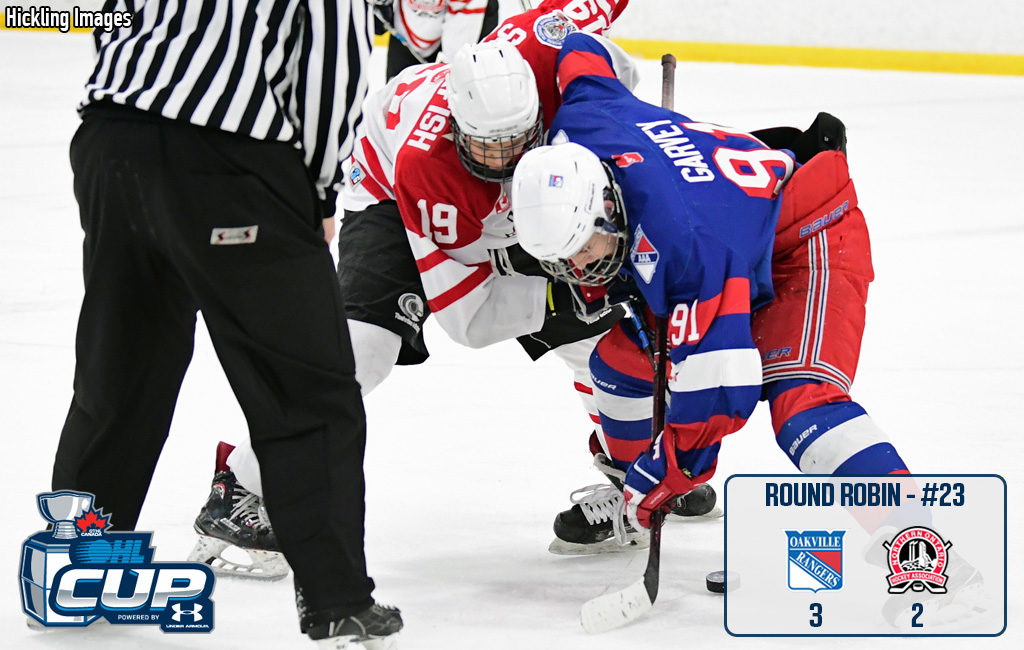 The Oakville Rangers looked like they were in trouble early, falling behind Team NOHA just 40 seconds into the first period. The boys in blue regrouped though, scoring three straight second period markers to climb ahead for good in a 3-2 victory.

Oakville’s much-needed first victory keeps them in contention but they’ll need a little help from others in the Lindros Division to qualify for quarter-final play.

“It was good to put our poor start behind us,” said defenceman Zack Terry who recorded two assists in the win. “We’re really trying to play with more consistency and I think this win was a step in the right direction.

“We have to take care of what we can control moving forward and hope things go our way.”

Adam Cherepacha (2), Tyler Bortkiewicz (1) and Luke Evangelista (1) scored second period markers for Oakville before NOHA drew within a goal 1:23 into the third.

Some timely third period saves from goaltender Davis Tolnai preserved the win as Oakville improves to 1-1-1.

Oakville took the shooting column 36-19 while both teams went 0-for-3 on the power play.

The Rangers return to action in a must-win battle with the London Jr. Knights (0-2-0) at 3:30pm on Friday. Team NOHA suits up against Peterborough at 1:15pm on Friday.