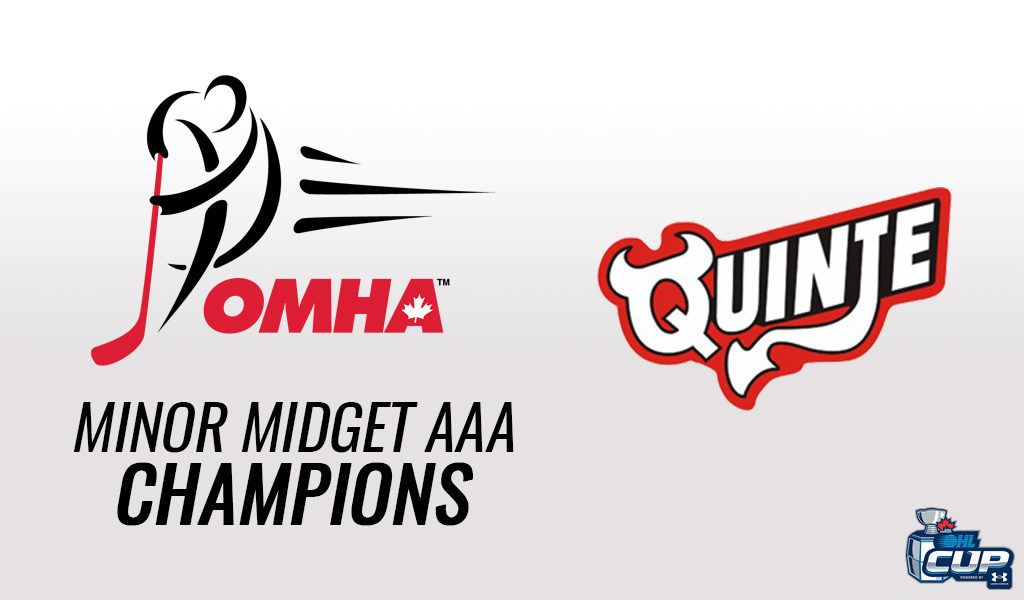 Dalyn Wakely, Donovan McCoy, Cooper Matthews, Noah Richard and Corbin Roach all scored goals in front of netminder Corbin Votary as the Red Devils, who finished first in the regular season with a 28-5-3 record, wore the red hats.

Despite the loss, Oshawa’s run to the championship came after they gained entry to the final championship by way of a one-game playoff victory over the Ajax-Pickering Raiders. The Generals punch their ticket to the OHL Cup Powered by Under Armour for the first time in the tournament’s modern era.

The Southern Tier Admirals claimed bronze over the weekend, defeating the Whitby Wildcats 3-2 on a winning goal from Cameron Lowe. Sam Alfano led the weekend in scoring with 11 points (7-4–11) over five games while Whitby teammates Matthew Poitras and Zennon Edwards joined Quinte’s Owen Beck trailing close behind with 10 points each.

Quinte, Oshawa, Southern Tier and Whitby all clinch spots at the 2020 OHL Cup Powered by Under Armour while the fifth place Niagara North Stars will play a wild card play-in game on Tuesday, March 17th.