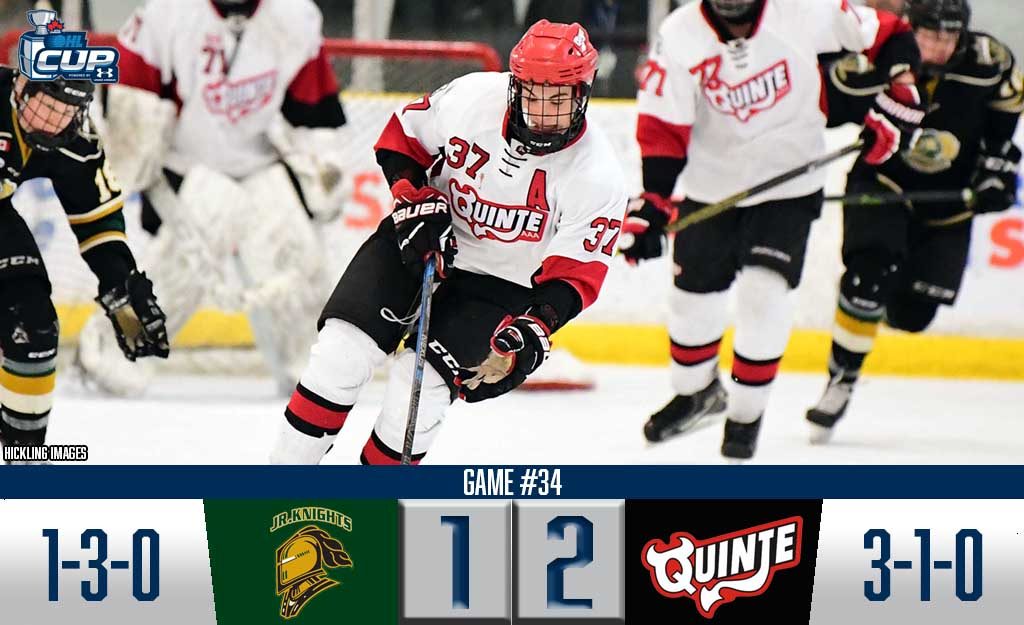 The Quinte Red Devils are headed to the OHL Cup Powered by Under Armour quarter-final after a 2-1 win over the London Jr. Knights to wrap up their round robin schedule.

“We’ve gradually gotten better this year,” said White, who wears the ‘C’ for the OMHA’s fourth-place Red Devils. “This is a really special opportunity for us, because in the five-or-so years that most of us have been together, we haven’t been able to win many big championships.

“This is the kind of opportunity you want to make the most of and we’re all really excited.”

The Jr. Knights made a game of things late as big winger William German (1) connected with Matthew Dixon on the power play, drawing London within one with four minutes to spare.

The Red Devils would go on to lock down their third win, outshooting London 28-19.

The wild card entry Jr. Knights wrap things up with a 1-3 record, earning their lone win over the Waterloo Wolves on Wednesday. Cole Watson (2-2–4) led London in scoring.