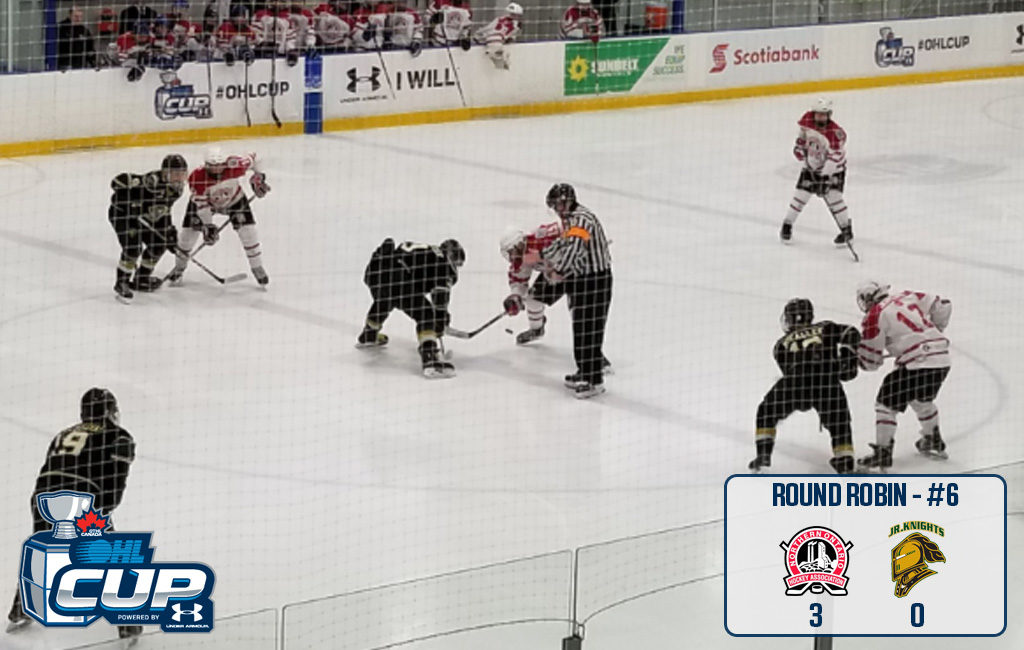 Reece Proulx stopped all 29 shots he faced to set the stage for a Team NOHA showcase-opening victory on Wednesday morning as they shut down the ALLIANCE Finalist London Jr. Knights 3-0.

Gavin Brown (1) opened the scoring with 51 seconds left in the second period, a goal that would give NOHA momentum for the third as defencemen Pacey Schlueting (1) and Spenser Dickson (1) added third period markers to put things out of reach.

“I’ll give a lot of credit to the guys in front of me,” said Proulx with a smile. “They all did their jobs and that makes the work easier for me.”

“It’s great to come here and show people how we play in the north,” added Proulx. “There’s a lot to play for here and I thought our team looked pretty good today considering it’s our first game together.”

The win marks the first time Team NOHA has shutout an opponent since they blanked Southern Tier 4-0 in 2016.

Team NOHA looks to continue its strong start against the Vaughan Kings at 7:30pm while the Jr. Knights try and rebound against Peterborough at 5:45pm.