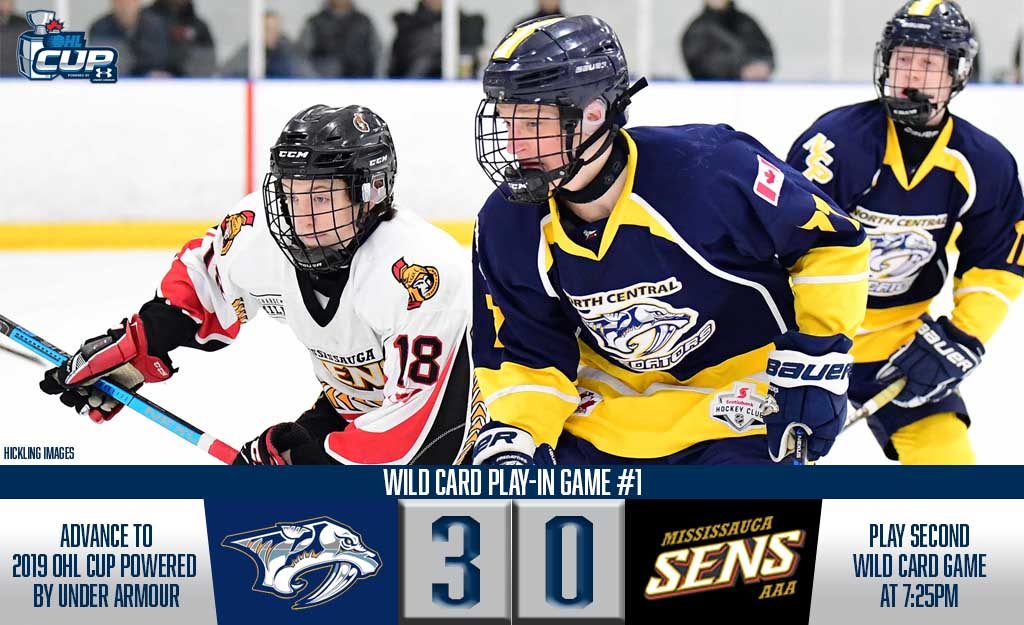 The North Central Predators will return to the OHL Cup Powered by Under Armour for the first time since 2015 following a 3-0 Wild Card Play-In victory over the Mississauga Senators.

Wade Monague was perfect in the North Central crease, backstopping his club to victory with a shutout.

“I thought Wade was really in the zone and he made some big saves for us,” said Preds assistant captain Connor Punnett. “I thought our guys played a strong game and made the most of a big opportunity.”

After a scoreless first, Brett Bressette capitalized just beyond the midway point of the second as Nicholas Dowling and Ryan Bath drew assists. Cole Patey pulled the momentum fully into North Central’s favour with a buzzer beater to put his club up two, beating a sprawling James Norton with four seconds left on the second period clock.

Punnett put things on ice with an empty netter inside the final minute of regulation as the Predators, who skated to an OMHA ETA West Division-leading 21-8-5 regular season record, are OHL Cup bound.

“Anything’s possible now,” Punnett said with a smile. “We’ve got a great team and plenty to play for. I’m really excited about the opportunity.”

Unique to this year’s event, the Mississauga Senators will get a shot at redemption tonight at 7:25pm when they take on the loser of a Wild Card Play-In matchup between the North York Rangers and Niagara North Stars.