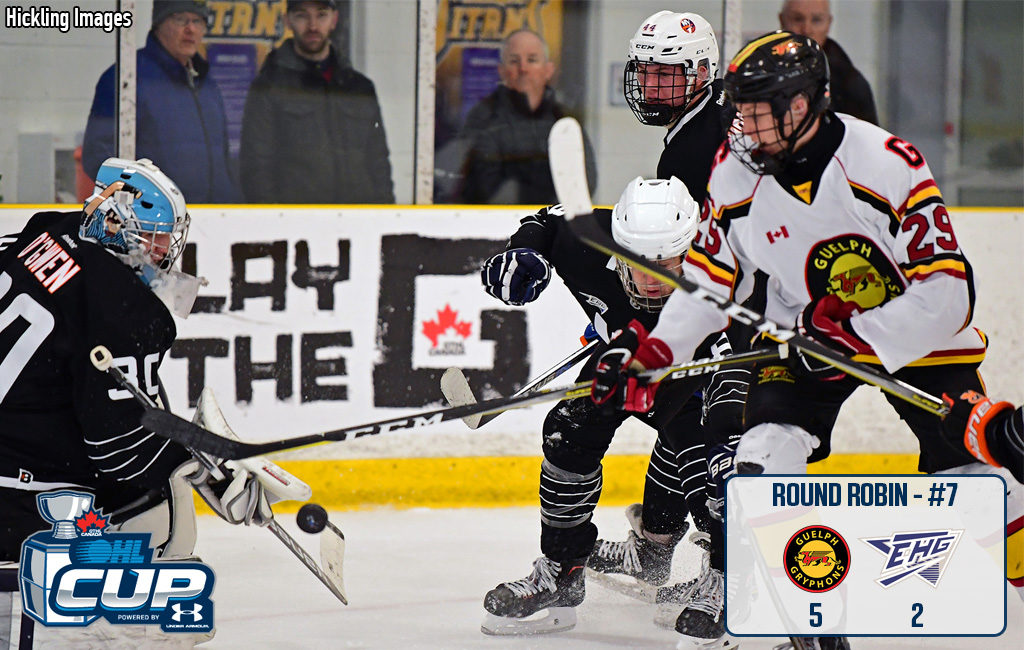 The Guelph Gryphons fell behind early but rallied for four straight goals to pull away from Elite Hockey Group in a 5-2 victory to begin their schedule.

Brody Waters (1, 2) scored twice while Brett Allen (1), Ryan Goetz (1) and Logan Morrison (1) chipped in with singles as the Gryphons went 3-for-6 on the power play.

“We had things working out there today,” said Waters, who played on Guelph’s top unit alongside leading scorers Logan Morrison and Jackson Kirk. “We made good on our chances and continued to play the way that has made us successful.”

The Gryphons, who finished as OMHA Silver Medalists, have played some of their best hockey of late after finishing the regular season third in the SCTA with a 23-10-3 record.

“It’s been a progression and we’ve been looking for ways to get better every day,” Waters added. “This was a good way to start the tournament for us and now we have to prepare for the Marlboros this afternoon.”

Anthony Califore (1) and Isaak Novak (2) provided Elite Hockey Group goals as they fall to 0-2-0 following last night’s 6-5 loss at the hands of the Toronto Marlboros.

Christian Linton got the win in goal with a 26-save performance while EHG’s Liam O’Gwen turned aside 28 shots in the loss.

While Guelph takes on the Marlboros at 3:30pm, Elite Hockey Group is back in action at 5:15pm against Cambridge.