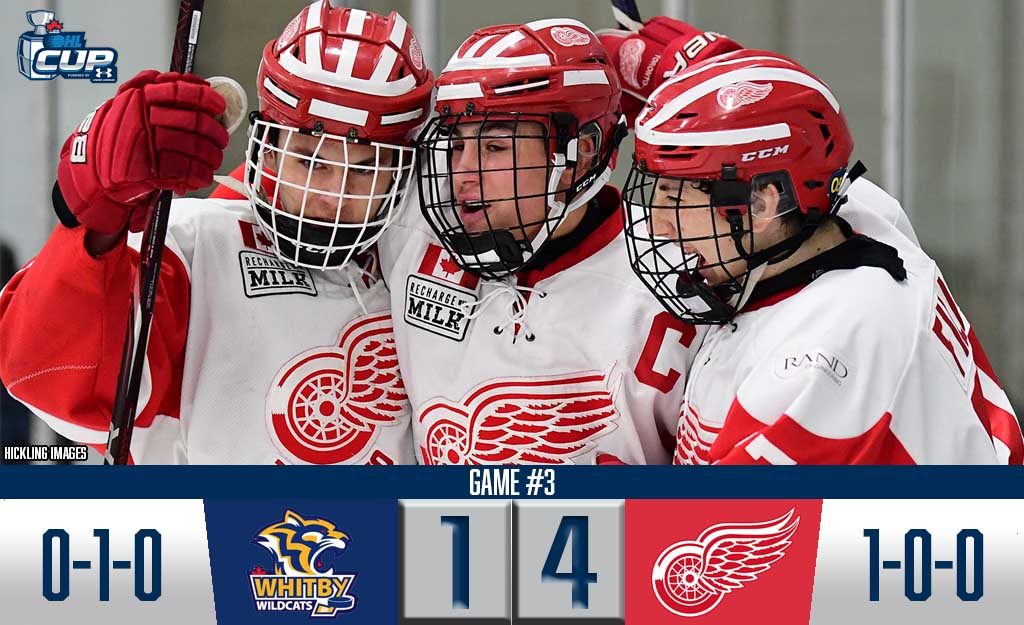 Francesco Pinelli (1, 2) scored twice and added an assist, powering the Toronto Red Wings past the OMHA champion Whitby Wildcats by a score of 4-1.

The GTHL Semi-Finalist Red Wings have stayed fresh despite being out of action for some time and it showed as Owen Simpson (1) and Luca Del Bel Belluz (1) also found the back of the net.

“I think it was the first game we were looking for,” said Pinelli after the final buzzer. “Our power play came through with a couple goals and I think it was a good start to the tournament for us.”

Ryan Gillespie picked up a pair of assists for the Wings while Josh Rosenzweig picked up the win in the crease.

“We enjoyed ourselves tonight,” Pinelli added. “Whitby is a good team over there but I think when we play our game we can skate with anybody.”

Tommy Johnston (1) provided Whitby’s lone marker with assists from Jaden Smith and Brenden Sirizzotti as the Wildcats came up short but look to rebound on Wednesday when they take on Team NOHA at 3:30pm.

The Red Wings are back in action at 4:00pm against the Mississauga Rebels, a team they eliminated in seven games in the first round of the GTHL Playoffs.