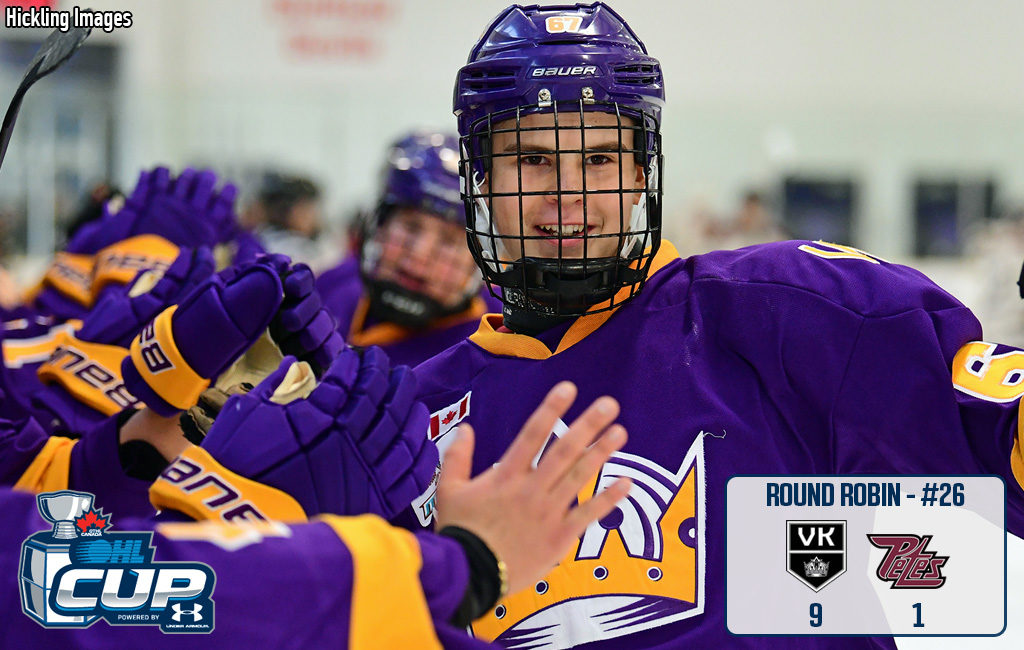 Big winger Owen Perala (1, 2, 3) scored the second hat-trick of the 2018 OHL Cup powered by Under Armour as the Vaughan Kings claimed a commanding 9-1 win over the previously undefeated Wild Card entry Peterborough Petes.

Vaughan scored three times in the opening five minutes and led 8-1 after two before Perala completed the hat-trick in the third period to put the cherry on top of a lopsided victory.

“We were finding each other out there and we’re playing great right now,” said Perala with a grin. “We’re in good shape now with one more game tomorrow and we’re going to give it our all.

“We’ve got one goal in mind and that’s to win the OHL Cup.”

“When we’re rolling any of our lines can create chances,” Perala added. “Everyone got involved today and it was great.”

Luc Reeve (3) provided Peterborough’s lone marker on the power play as the Petes fell to 2-1-0 and will look to recover on Friday afternoon against Team NOHA (1-2-0) at 1:15pm.