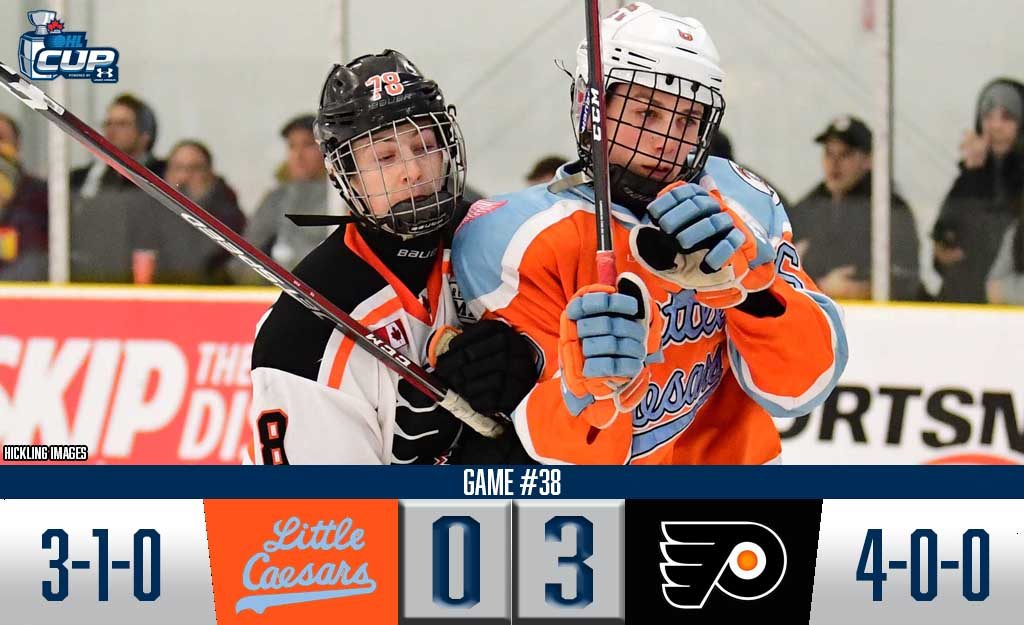 The province’s first ranked Don Mills Flyers wrapped up a perfect round robin on Friday afternoon, handing the Detroit Little Caesars their first loss in a 3-0 victory.

Stevie Li (2) gave the Flyers a 1-0 lead late in the first period and the score would remain that way until the early stages of the third when Brennan Othmann (4, 5) scored twice. The two power play goals came under three minutes apart.

“Yeah those two gave us a little room to breathe,” said Othmann. “It was a good game, a fast game. They came out hard but we were able to match them with all three lines.”

Sergei Litvinov stopped all 15 shots he faced for the Flyers, backstopping them to their second shutout of the showcase.

Don Mills outshot Detroit 31-15 and went 2-for-6 on the power play. They advance to take on TPH Hockey in quarter-final play on Saturday at 10:30am.

“We’re used to going deep into tournaments and the competition only gets tougher,” Othmann noted. “We’re ready for the challenge though. We want to win it all.”

The Little Caesars fall to 3-1. They will also suit up in quarter-final action, taking on the Halton Hurricanes at 10:00am.