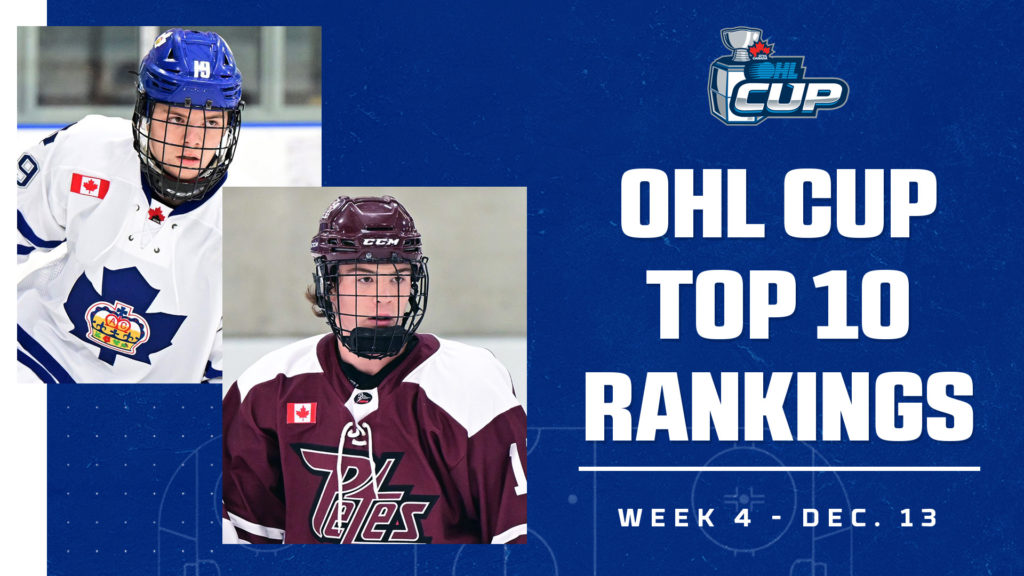 Toronto, Ont. – The Ontario Hockey League today announced the Week 4 edition of the weekly U16 AAA rankings for the 2023 OHL Cup Showcase Tournament hosted by the Greater Toronto Hockey League.

It was a quieter week in the province’s U16 AAA circuit with Team Ontario Camp being held over the weekend in Kitchener. The Peterborough Petes scored lopsided wins over both the Barrie Colts and Ajax-Pickering Raiders, outscoring their opponents 11-1 to climb two spots into sixth in this week’s rankings. The Huron-Perth Lakers moved up into an honourable mention spot.