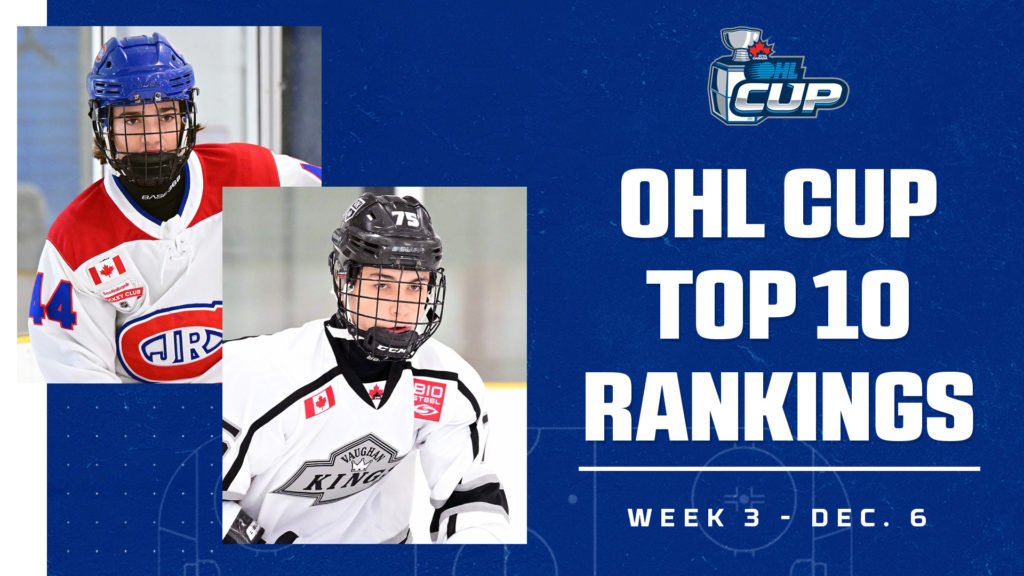 Toronto, Ont. – The Ontario Hockey League today announced the Week 3 edition of the weekly U16 AAA rankings for the 2023 OHL Cup Showcase Tournament hosted by the Greater Toronto Hockey League.