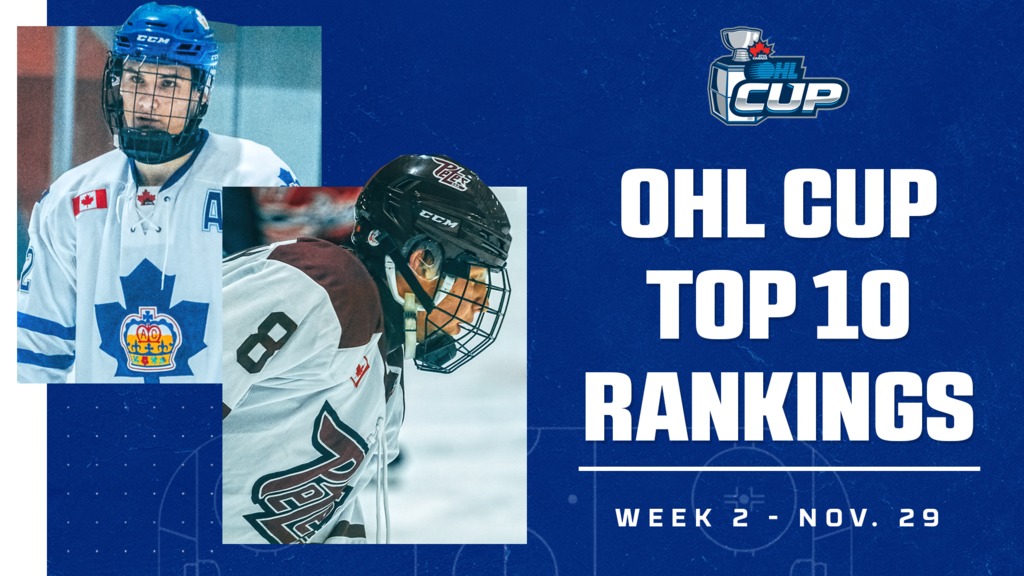 Toronto, Ont. – The Ontario Hockey League today announced the Week 2 edition of the weekly U16 AAA rankings for the 2023 OHL Cup Showcase Tournament hosted by the Greater Toronto Hockey League.

The Silver Stick champion Toronto Marlboros solidified their place at the top of the list coming into Week 2 following a perfect 7-0 showing in Whitby last weekend. The Toronto Jr. Canadiens rise from number five on the list up to two after taking the Silver Stick finalist Bishop Kearney Selects to a two-on-two triple overtime scenario in the tournament semi-final. The London Jr. Knights hold steady at number three after reaching the Silver Stick quarter-final while the Southern Tier Admirals are the lone new addition to the list this week after also reaching the Silver Stick semis.