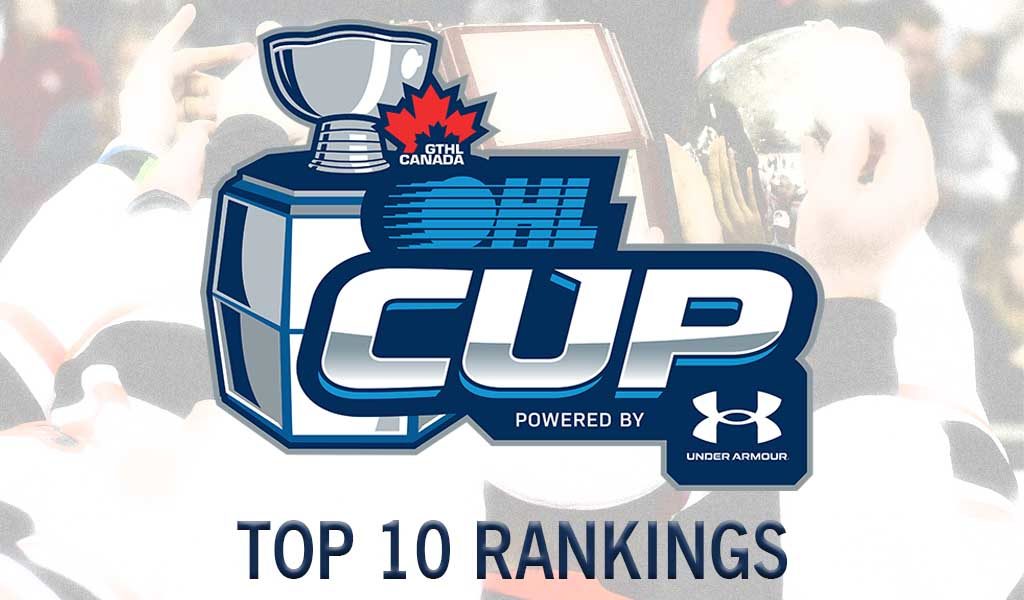 Toronto, Ont. – The Ontario Hockey League today announced the Week 3 edition of the weekly U16 AAA rankings for the 2022 OHL Cup Showcase Tournament powered by Under Armour and hosted by the Greater Toronto Hockey League.

The 2022 OHL Cup powered by Under Armour and hosted by the GTHL is scheduled for March 30 to April 4, 2022 and features 20 teams consisting of talent eligible for the 2022 OHL Priority Selection. All games will be played at the Scotiabank Pond in Toronto until the Championship Final moves to the Mattamy Athletic Centre on Monday, April 4.

The Quinte Red Devils and Toronto Marlboros climb the charts for a second straight week. Quinte defeated the Clarington Toros 4-2 on Saturday, extending their winning streak to five games while improving to 18-0-3 atop the OMHA ETA standings. After a 2-2 tie against sixth-ranked North York on Saturday, the Marlboros took over first place in the GTHL standings on Monday, improving to 9-1-1 with a 3-1 win over the second-ranked Mississauga Senators.