OHL Cup Memories: Vierling comes through in the clutch 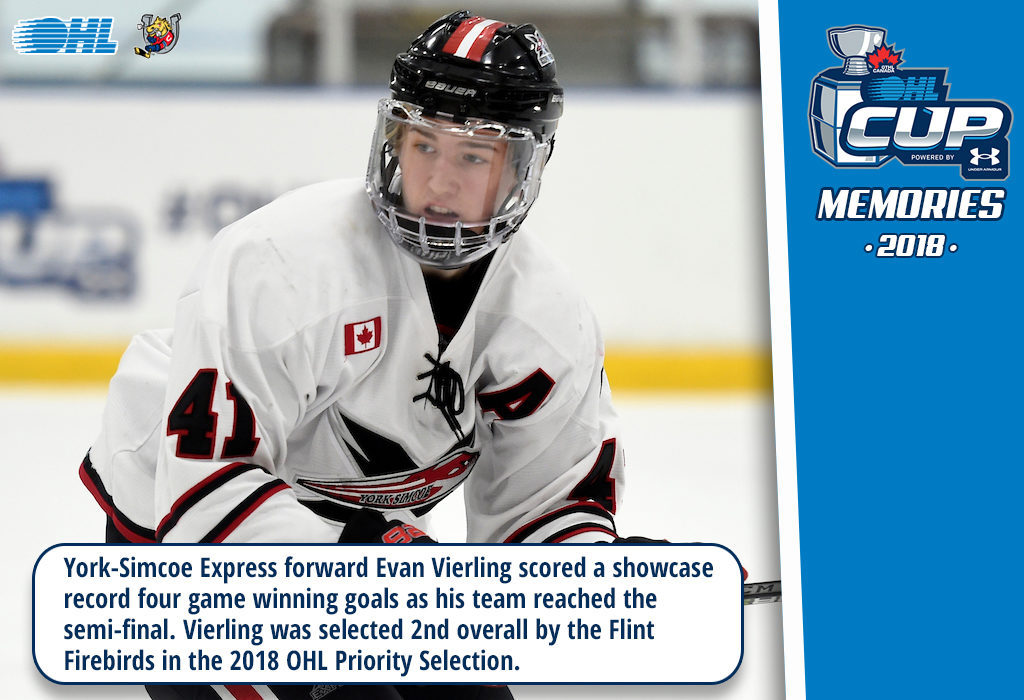 Talk about a guy coming up with big goals at the right time.

York-Simcoe Express forward Evan Vierling scored a showcase record four game winning goals at the 2018 OHL Cup Powered by Under Armour, helping his team reach the semi-final before falling 3-1 to the Vaughan Kings.

The first of Vierling’s two biggest goals of the week came in York-Simcoe’s third contest when he scored with 1:44 remaining to push the Express past TPH Hockey 4-3. He followed that up in Saturday’s quarter-final match with the Oakville Rangers, scoring 3:14 into overtime as York-Simcoe advanced with a 2-1 win over the Oakville Rangers.

Vierling went on to be selected second overall by the Flint Firebirds in the 2018 OHL Priority Selection. He’s since joined the Barrie Colts where he’s posted 34 points (12-22–34) over 28 games with his new club this season. The 17-year-old from Aurora, Ont. has a total of 44 points (14-30–44) over 43 games in his draft eligible campaign.