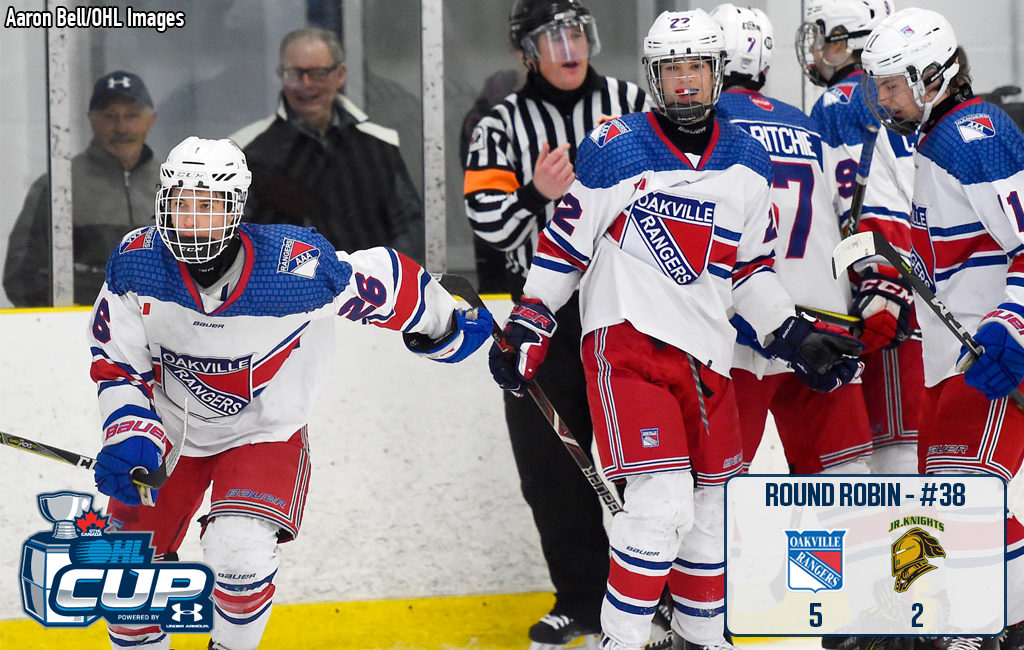 It took until late Friday afternoon, but a tight race in the Lindros Division was settled as the Oakville Rangers joined the Vaughan Kings as the second team to advance to the quarter-final with a 5-2 triumph over the London Jr. Knights.

Needing a win, the Rangers had goals from Adam Cherepacha (3), Ryan Brown (1), Tyler Bortkiewicz (2), Cameron Tolnai (2) and an empty netter from James Gowland (1) to improve to 2-1-1 in the round robin.

A free-flowing game that featured just two minor penalties, Oakville climbed out to a 4-0 lead before London clawed back to cut the lead in half on markers from Joey Studnicka (1) and Will Lewis (1).

The Jr. Knights came on strong in the third to outshoot Oakville 11-7 but goaltender Marco Latassa was big when called upon, making 23 saves to preserve the win.

Oakville wraps up the round robin led in scoring by blueliner Zack Terry (2-3–5) and forward Luke Evangelista (1-4–5).