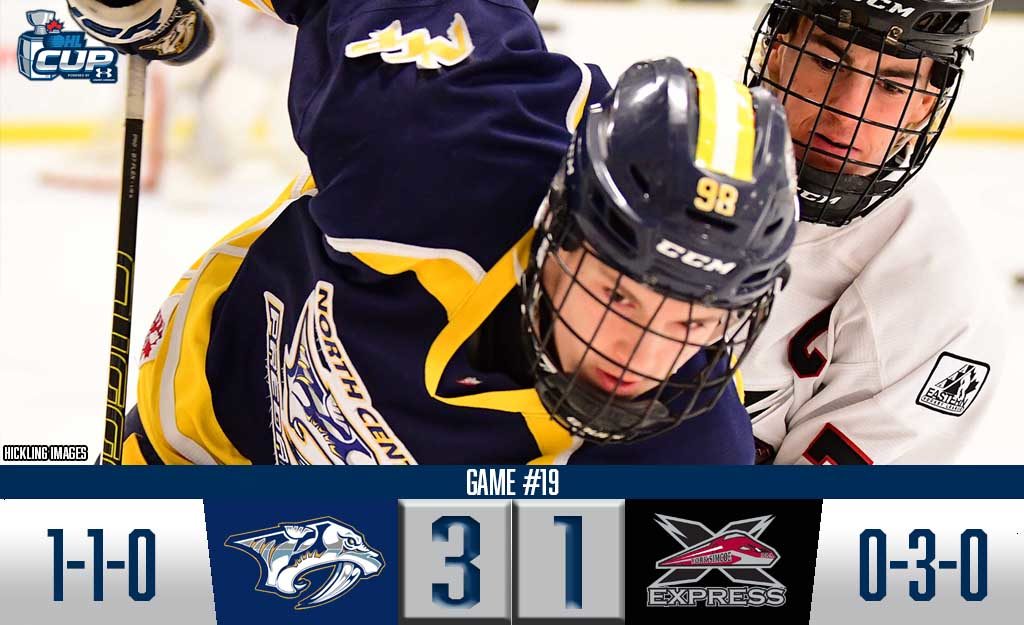 Cole Turcotte (1) scored 38 seconds into the first period but that’s all the offence the York-Simcoe Express could come up with as the North Central Predators scored three unanswered in a 3-1 victory.

The Preds got the better of their OMHA ETA opponent for the first time in five tries this season, leaving Ethan Larmand with a smile on his face.

“We’ve had a tough go of things against them this season, but tonight was different,” said Larmand, who recently won gold with Team Ontario at the Canada Winter Games. “We had a full lineup tonight and we showed them what we’re capable of.”

Wade Monague turned aside 17 shots for the win as North Central improved to 1-1 while York-Simcoe fell to 0-3.

The Predators continue their round robin schedule on Thursday afternoon against the undefeated Detroit Little Caesars at 1:15pm. York-Simcoe looks for its first win of the 2019 OHL Cup Powered by Under Armour on Thursday at 2:15pm against the Windsor Jr. Spitfires.