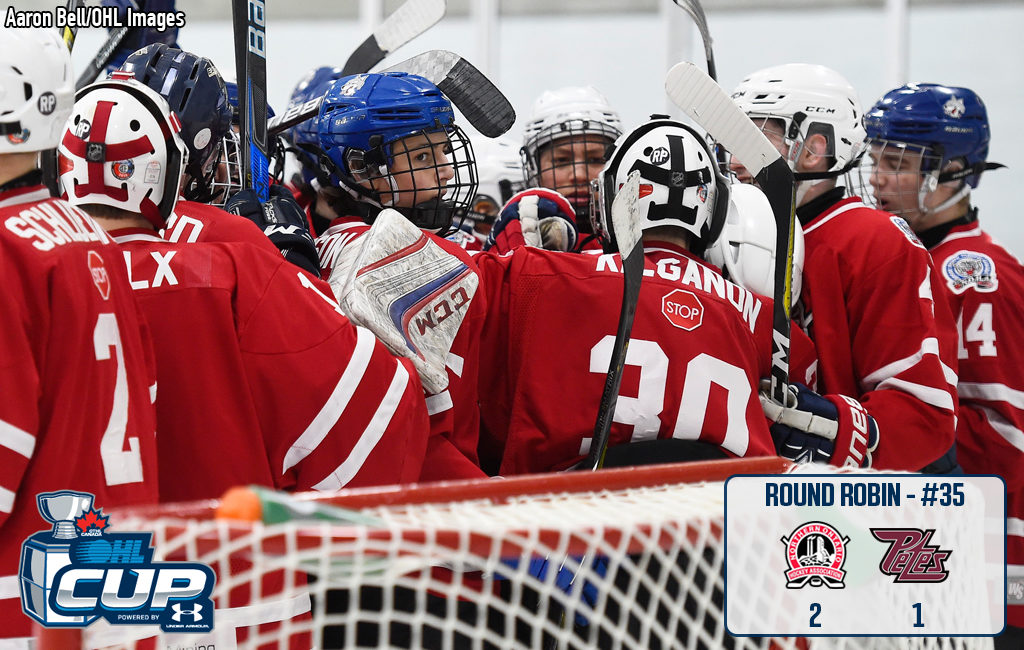 The Northern Hockey Association’s brightest starts shone brightly on Friday afternoon, coming back to stun the Peterborough Petes 2-1 on a late game one-timer off the stick of Joe Jordan (1).

Peterborough’s Noah Sedore (3) put his club up 1-0 with 2:46 remaining in the second period, holding the lead until midway through the third when David Campbell (2) converted on NOHA’s sixth power play attempt of the game to draw things even.

Jordan emerged to score the winner with five minutes remaining as Giordano Biondi and Gavin Brown picked up assists.

“Pretty cool that we still have a chance here,” said Jordan, whose NOHA squad has never advanced beyond round robin play at the OHL Cup. “We need a couple bounces to go our way, but I think we can hold our heads pretty high with the way we’ve played.”

Team NOHA’s fate awaits the results of an afternoon matchup between the Oakville Rangers and London Jr. Knights. An Oakville win  would eliminate NOHA from playoff contention.

“It’s out of our hands now,” Jordan added, “but it’s been a lot of fun playing on the same team as guys I’m used to be playing against during the season. It’s been a good way to represent the NOHA.”

Netminder Owen Kilganon earned NOHA Player of the Game honours with 18 saves, holding down the fort as his club was outshot 11-3 in the third period. Will Cranley made 20 saves for Peterborough in the loss.

The Petes, who would have advanced to Saturday’s quarter-finals with a win, see their season come to an end, finishing with a 2-2-0 record at the OHL Cup powered by Under Armour. Luc Reeve (3-1–4) and Noah Sedore (3-1–4) led the team in tournament scoring with four points each.