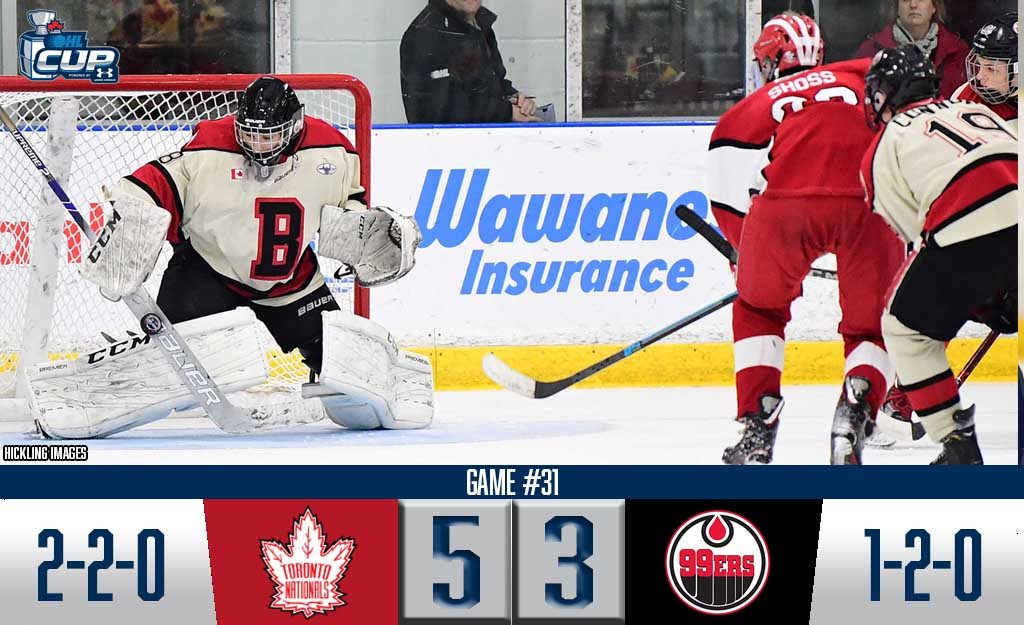 The Toronto Nationals and Brantford 99ers battled it out on Friday morning, combining for 13 power plays as the Nats prevailed 5-3.

Connor Driscoll (1, 2) scored a pair of goals including the game winner as the Nationals wrapped up their round robin with a 2-2 record.

“It was a little chippy for both teams but that’s what happens when you want to win,” he said. “I thought we played better in this game than we had in our last loss. Our goalie really played well and came through for us.”

Landon McCallum (1), Brenden Anderson (1) and Keegan DaMota (2) replied with goals for Brantford as the 99ers were outshot 34-25 and held to 1-for-8 on the power play.

The 2-2 Nationals await the outcome of an afternoon matchup between TPH and Brantford to know their fate. Should their showcase come to an end, they’ve been led in scoring by Kobe Tallman (2-4–5) while Ikky Kogawa (3-1–4) who netted a hat-trick on Wednesday, leads the team in goals scored.